Government Distrust and Ugandans’ Refusal to Adhere to COVID-19 Guidelines 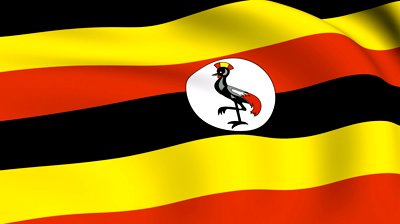 For long Ugandans pleaded with the government to change policies and systems that hurt them, but the pleas have been like rain on rocks- their dissenting voices are met with aggressive resistance or are cold-shouldered. I remember the day when the social media tax came into effect, Ugandans tweeted day and night, were tear-gassed and arrested when they went to the streets to protest the ridiculous tax- they did whatever they could to make their voices heard- nada- nothing could say could change the minds of the power holders.

Is it then surprising that Ugandans have refused to heed to the Ministry of Health’s plea to the population to wear masks and social distance despite the billions of shillings that have been spent on media prevention messages even when their very existence depends on it? Does it surprise you that Ugandans continue to visit private clinics even when they have symptoms of COVID-19 as evidenced by the 90% of the deaths so far? Ugandans have refused to listen to the ministry’s pleas to call a toll free line to receive help whenever they have symptoms. They have refused to listen to their so-called grandfather when he is addressing that nation- playing videos of the desperate situation in other countries.

How can Ugandans now trust a system that has failed us since we were born? Ugandans have always fended for themselves like free-range chicken. They distrust the government because the government neglected them. No wonder many Ugandans claim that the Ministry of Health is making up the COVID-19 cases because they want to make money out of the pandemic. The paranoia is not unfounded- once bitten twice shy.

I got a job shortly before my 22nd birthday and ever since, I have paid 30% Pay As You Earn for so many years now but apart from the rugged road that leads to my ka apartment and the highways mostly funded by the world bank, the Chinese government and European Union, and maybe “national security” and the government scholarship that I received at the university- I have learned to fend for myself when I am sick I go to a private clinic when my children that I will have one day become of age they will likely go to a private school- my story is most likely the story of many working Ugandans.

These days I see the president’s frustration when he is pleading with people to wear masks and social distance. Ugandans are tuned out the same way children gaze at an absentee father that tries to crawl back into their lives when they are teenagers after leaving them for dead when they were babies – they are contemptuous toward him- his gifts that he came carrying in a paper bag and words of wisdom from self-help books will change nothing- he abandoned them when they needed him the most. Why should they trust him now that they have become of age?