How Kalusha Bwalya Lost Elections: A Lesson for Zambian Football 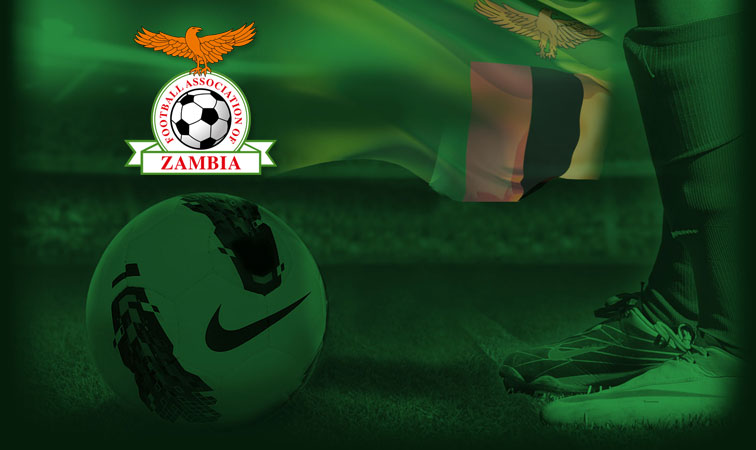 It took over an hour for the Football Association of Zambia (FAZ) President-Elect, Andrew Kamanga to move from the audience at Moba Hotel to the front of the conference room, a short distance of about 60 meters.

Overjoyed councilors who had fought for eight years to unseat the 1988 African Footballer of Year, Kalusha Bwalya could not believe it when the returning officer Sukwana Lukangaba declared Kamanga the winner at around 02:00hrs on Sunday morning.

This victory was not an easy one considering that Kalusha, as he is popular called, was in command of the secretariat and had good will from various clubs countrywide plus his international image and connections.

But what does this regime change at Football House teach the football fraternity?

For six months, a number of Kalusha fans ran a sustained smear campaign on social media that portrayed Kamanga as an inexperienced football administrator who was not fit to lead Zambian football. This campaign was led by well known journalists who bombarded Facebook with daily propaganda messages against Kamanga and rarely posted campaign messages for their candidate.

The campaign’s aim was to ensure that Kamanga is hated by councilors and they end up denying him votes at the annual general meeting. However, this campaign backfired as most comments on these social networks indicated that people were yearning for change at Football House.

Kalusha was so hero worshipped that these journalists had details of every move he made: jumping on a plane, sitting down at the FIFA headquarters, reporting for work at Football House, shaking hands with influential people, and receiving guests, etc.

His record as FAZ President includes wining Africa Cup of Nations in 2012, plus his exploits as the national football striker, captain, and a coach was enough for these online supporters to sell their candidate but they decided to use the wrong strategy of attacking the opponent.

The Kalusha camp lost it because they put hero worshiping first instead of selling a good product in the name of Kalusha Bwalya. Simply put, Kalusha would have whitewashed Kamanga if his campaign team had the right strategy and the right message.

Most football councilors are not online

The strategists in the Kalu camp missed the point by heavily campaigning online. They put up a spirited campaign on Facebook forgetting that the people with the power to vote where mostly offline.

Take for example my home team Mumbwa Medics Football Club. As far as I know, not all its executive members are online and there is less than 20% chance of reaching them by campaigning on Facebook.

Kamanga had little presence on social media and he devoted most of his time and energies meeting the clubs and selling his message to the clubs physically. He also ran an advert at the back of newspapers for a long time, a strategy I think which sold him to the football family especially with his call for transparency and accountability.

Four years ago when Kamanga challenged Kalusha and lost, there was a lot of confusion and violence during the FAZ Annual General Meeting.

Councilors were not ready to change the FAZ leadership that is why they resisted change physically to ensure that our football icon Kalusha Bwalya remains at the helm of football in the country.

However, with so many issues surrounding the running of the game, councilors resolved to kick out their boss and ensured he ran away from Moba Hotel before final results were announced.

However, this was not the case when the over 350 Councillors converged at the AGM on Saturday. The 2016 FAZ AGM was the most peaceful as councilors mingled, voted and later celebrated or got disappointed without a fight.

The outgoing FAZ Secretariat – Kamanga will likely choose his own staff – picked a wrong fight with the media. Journalists seen to be critical were barred from certain events and games in the name of not having accreditation.

At one football match at Levy Mwanawasa Stadium in Ndola, MUVI TV sports reporter Mike Mubanga was flushed out by a well known FAZ official for allegedly being critical of Football House.

Last night when votes were being counted, Mike was again flushed out of Moba Hotel by eight heavily armed Police officers at the instruction of a FAZ official. And when the results were announced that Kamanga had won, Mike rushed to Moba Hotel to confront the official by which time he had already disappeared.

“You Police officers, you kicked me out because FAZ ordered you to do so. Now am ordering you to look for that man and kick him out of Moba Hotel because he is now out of employment,” said Mike as he ran around the hotel looking for FAZ officials.

Several respected radio football analysts like Leonard Chibasa, Aarin Phiri, Patrick Tembo and several other friends of the beautiful game were denied accreditation to the AGM on account of not being ‘in good books’ with FAZ.

These are mistakes which the Kalu camp made and they should learn from them if they are to make a come back in 2020.

Kamanga can go for a honeymoon for a short period of time and quickly get back to work because Zambians are impatient and they love football. The football family has a lot of expectations from the business magnate.

Councilors who effected this regime change want to see real change at Football House. Starting from football deals, team selection and the association’s image, Kamanga needs to make sure he works hard and ensures all his campaign promises are implemented.

He promised to overhaul the way Division One operates and we expected nothing less than that. If Kamanga is going to appoint his own FAZ Secretariat, Zambians expect him to appoint capable people who will work for football and not for Kamanga.

If those appointees will also start hero worshiping and praising Kamanga where they go, then the repeat of Moba Hotel will not be long.

Zambians expect nothing but transparency, accountability and success for their beloved Chipolopolo in your four years in office.