How will Kenyans remember Bob Collymore? 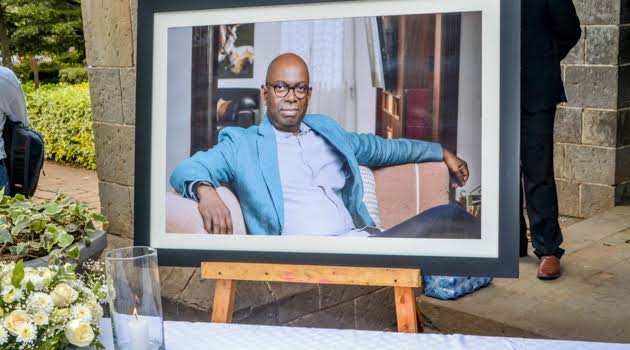 The CEO of Kenya’s most profitable company Bob Collymore is no more. A statement from Safaricom, Kenya’s leading telecommunications services provider, said that Collymore died in the morning of July 1st at his Nairobi home. He had been battling Acute Myeloid Leukemia (AML) , and in late  2017, had taken  time off from the company to seek treatment.

Collymore was initially set to exit the giant telco in August 2019 at the expiry of his contract. He had chosen not to seek to renew his contract on health grounds but was handed a one-year extension on his existing contract by the telco’s board after the company’s directors who included representatives of Vodacom UK and The Government of Kenya failed to agree on his successor.

Collymore took over the reins at Safaricom from Michael Joseph in September 2010. He joined the company which was already on a very profitable path following the success of mobile money transfer service M-Pesa, from Vodacom Group where he had been serving as the Chief Officer Corporate Affairs.

When he joined Safaricom, the telco’s shares were trading below $ 0.05 per share, on July 1 2019, they opened at $ 0.28. At the start tenure, Collymore was tasked with expanding the firm’s M-Pesa services by increasing on the infant’s product offering and consolidating on the company’s fixed and mobile data growth. Safaricom had at this time a total of 15.79 million customers, and service revenue of $829.5 million having just paid out a dividend of $ 78.1 million. Mobile money transfer service M-Pesa users stood at 9.48 million with a total of 17,652 agents.

A year into his tenure, the firm paid out an increased dividend payout of $ 86.1 million as revenues rose by 14 percent to $ 1.046 million while both subscribers and Mpesa agents soared.

Fast forward to nine years later, service revenue sits at $ 2.6 billion with M-Pesa rivaling voice to contribute to 31.2 percent of the company’s earnings. The mobile money transfer service further has a total of 31.8 million 90-day active customers and data has transcended beyond the third generation network as the firm’s 4G network coverage surpasses the 50 percent mark.

Safaricom is one of Kenya’s biggest spenders on advertisements if not the biggest. According to the Kenya Audience Research Foundation (KARF) data, Safaricom spent $ 77.12 million in advertising in 2017, other sources put the figure at $ 7.8 million. With most of this money going to newspapers, TV, and radio stations, Safaricom has been accused of “soft censorship” of the Kenyan media killing any negative news or opinion on Safaricom and its leadership.

In the disputed 2017 presidential elections, Safaricom was accused by the opposition candidate Raila Odinga of being complicit in the manipulation of election results.

It is a matter of public record that Safaricom was contracted by IEBC (Independent Electoral and boundaries Commission) to transmit election results from the Kenya Integrated Election Management (KIEMS) kits at polling stations to the IEBC servers. It has come to our knowledge that one of these VPNs (Virtual Private Networks) terminated at a cloud server registered in Spain but operated in France under control of OT-Morpho. Both VPNs were fully paid for by IEBC. However VPNs from Safaricom terminating locally were never set up. The sum total of these developments was that the messing up of Kenyans elections were deliberate acts of conspiracy, omission and commission that are yet to be resolved.

What interest would a profitable company like Safaricom have in interfering with elections, you might ask. Under Bob Collymore, Safaricom secured a $137.72 million contract to build a digital security network for the government in two of Kenya’s biggest cities; Nairobi and Mombasa. This and other government contracts which include that of election results transmission network is part of the reason why a section of the country feel that Safaricom and its leadership (whom Collymore was the face of) had reasons to be complicit.

Controversies aside, Collymore indeed took Safaricom to greater heights building on the gains of his successor. Today, Kenyans are united in mourning the passing of a great corporate leader. Here is a sample of the messages:

“It is with deep sadness that I have this morning received news of the death of Safaricom CEO Bob Collymore after years of battling cancer. As a country, we’ve lost a distinguished corporate leader whose contribution to our national wellbeing will be missed” ~ H.E. Uhuru Kenyatta

My condolences go out to the friends and family of Mr Bob Collymore as well as the entire Safaricom fraternity.
Bob served our country with dedication and sustained us as a communication hub in Africa. May his soul rest in eternal peace.

Bob Collymore was a distinguished corporate titan, whose shrewd leadership at the helm of Safaricom was commendable. He steered the company to new heights and contributed immensely to the evolution of Kenya’s corporate scene.

Rest in peace Bob Collymore.Juliani and l had the pleasure of showing him the kind of life most Safaricom customers live.We took him to the markets and ghettos.Bob and l disagreed because of my activism and fell out but he was a decent man. My condolences to Wambui and the kids. pic.twitter.com/nYvIdo1Nrv

I join Kenyans and the world in mourning the demise of Mr Bob Collymore, the Safaricom CEO. In his death we have lost a towering symbol of excellence in corporate governance. May God comfort his family, friends and colleagues. pic.twitter.com/oJ16i0DLIG

It is with deep sadness that I have learnt this morning news of the death of Safaricom CEO Bob Collymore. As a country, we’ve lost a distinguished leader who greatly contributed to national development. My condolences to family, friends and all Kenyans.
Rest In Peace my friend. pic.twitter.com/QfaA4QMygR

While it’s hard to say how Kenyan’s will remember him, Collymore himself was at peace with what his contributions were to the Kenyan’s society. Despite being British, he was married to a Kenyan and had many close Kenyan friends, some of whom admit that he might have had a few regrets but was proud of his achievements.

Collymore lost the battle against AML and was cremated (as per his wishes)  on July 2, 2019.  Leukemia is a type of cancer that attacks the body’s blood-forming tissues, including the bone marrow and the lymphatic system. Many types of leukemia exist. Some forms of leukemia are more common in children. Other forms of leukemia occur mostly in adults.

In Kenya, cancer is now the 3rd leading cause of death and second among non- communicable diseases accounting for 7% of the overall mortality rate. The annual incidences are estimated to be 37,000 new cases with an annual mortality rate of 28,000.

On May 8 this year, Collymore was appointed as a Board member for the National Cancer Institute but did not live long enough to leave any meaningful contribution. As the head of Kenya’s most profitable company, many had hoped that he would rally the private sector to support the government in investing in diagnostic and treatment equipment that the country is in dire need of.