Malawi: The Problem with its Proposed National ID Cards 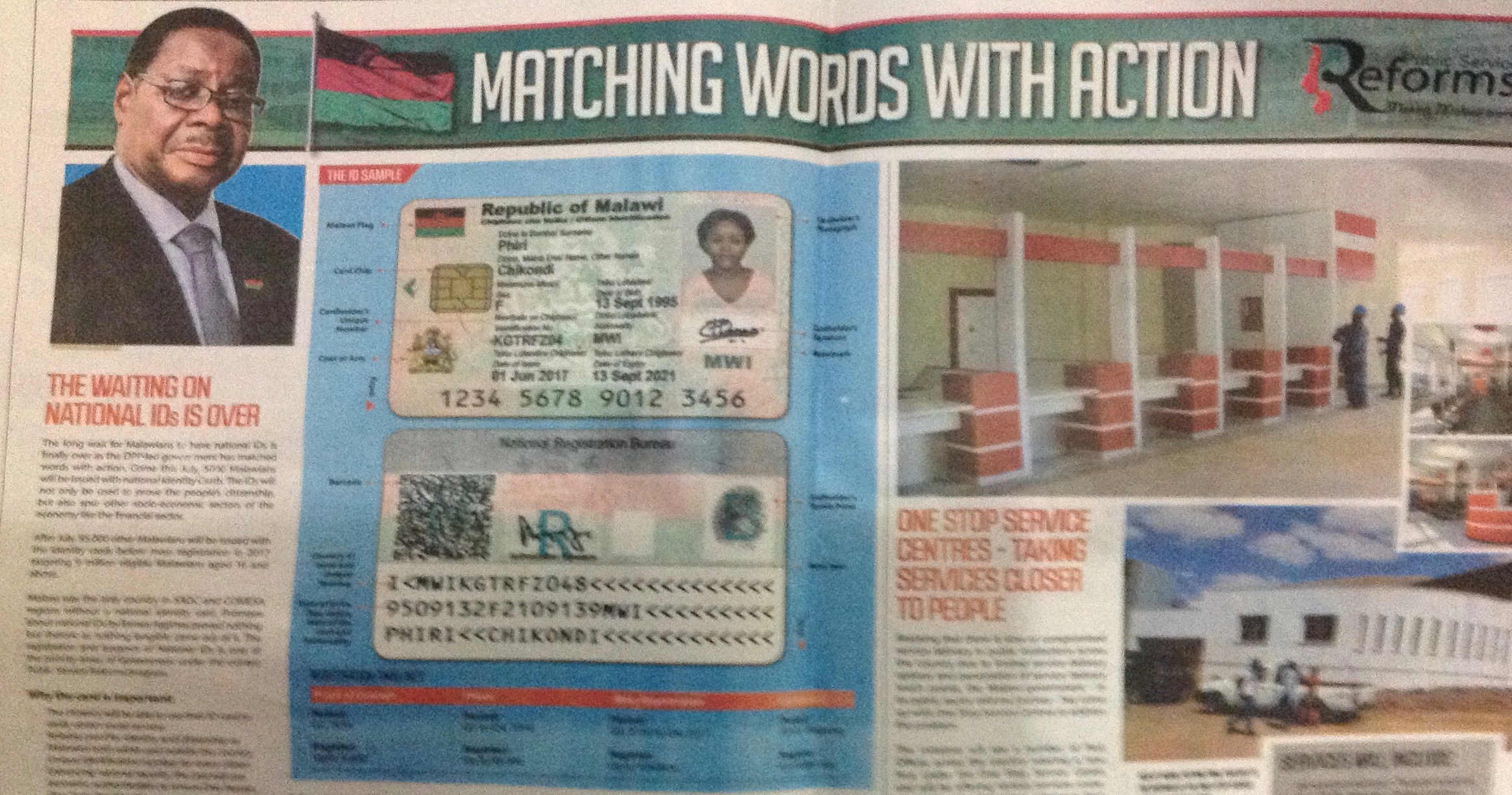 Malawi government has been running adverts in the local press announcing its pilot phase for national identity cards. This is a plausible move given that without IDs, it is utterly impossible for one to justify that they’re indeed Malawian. Birth certificates are not yet universal – those who want one have to pay for it but a significant majority of the citizenry don’t have it.

The small percentage of Malawians who have national passports and driver’s licenses depend on these for an ID. Increasingly, Malawians have been using voter certificate cards as ID for services like opening bank accounts. Yet for one to get a voting certificate they also need an ID. Given that most Malawians don’t have one – people need a second person as a witness in order to register as a voter and earn the voting card.

During a voter registration exercise for the country’s 2014 tripartite elections, there were numerous stories, some verified, some not, that there were people registering only so they could get the voting card for their ID. This stresses the need for the national IDs; people need them and the country needs them even more.

Rumours of foreigners, mostly Mozambicans and Zambians, coming to vote in Malawian elections are always there. This only happens because the registration exercise is prone to abuse, owing to the fact that Malawians have no means of really identifying themselves. In fledging democracies like Malawi, such rumours can bring chaos and disorder, especially since almost every election is disputed one way or the other. All this emphasises the importance of the national IDs.

Yet, as currently proposed, the national IDs have serious shortfalls. Government has decided to impose an expiration date on this important document. These will definitely come with a fee, perhaps a fine if the fee is once off. If one will have to pay a fee whenever they need to renew their IDs, this will inevitably price out a majority of Malawians, many of whom are already struggling to make a living.

As important as these IDs are, they cannot be a priority for a significant majority of the population. According to The Hunger Project: “Though Malawi’s economy is steadily improving, the country still faces extreme poverty, with more than 50% of the population currently living bellow the poverty line.” Currently almost half of the country’s estimated 17 million people are facing food shortages. Others have equated hunger to a “war silently killing Malawi.”

The economic situation in Malawi makes the national IDs issue an economic issue. If it is to be effective, the country’s economic situation needs to be factored in. Malawi is a country of rich and poor, both classes ought to benefit from national programmes, fairly.

One of the ways of achieving this is to make the national IDs a one off payment scheme, without expiration dates – it is not a government fundraising scheme after all. Having an expiration date on these IDs defeats the whole point of the project, because those who need it most, poor Malawians, will inevitably be priced out. Priced out not only of access to the IDs but also out of the most essential services such as bank loans, health services and possibly other national such as farming subsidies and receiving foodstuffs like those currently facing hunger. Malawi cannot be a country for rich people only.