Mining and Tuberculosis in Zambia 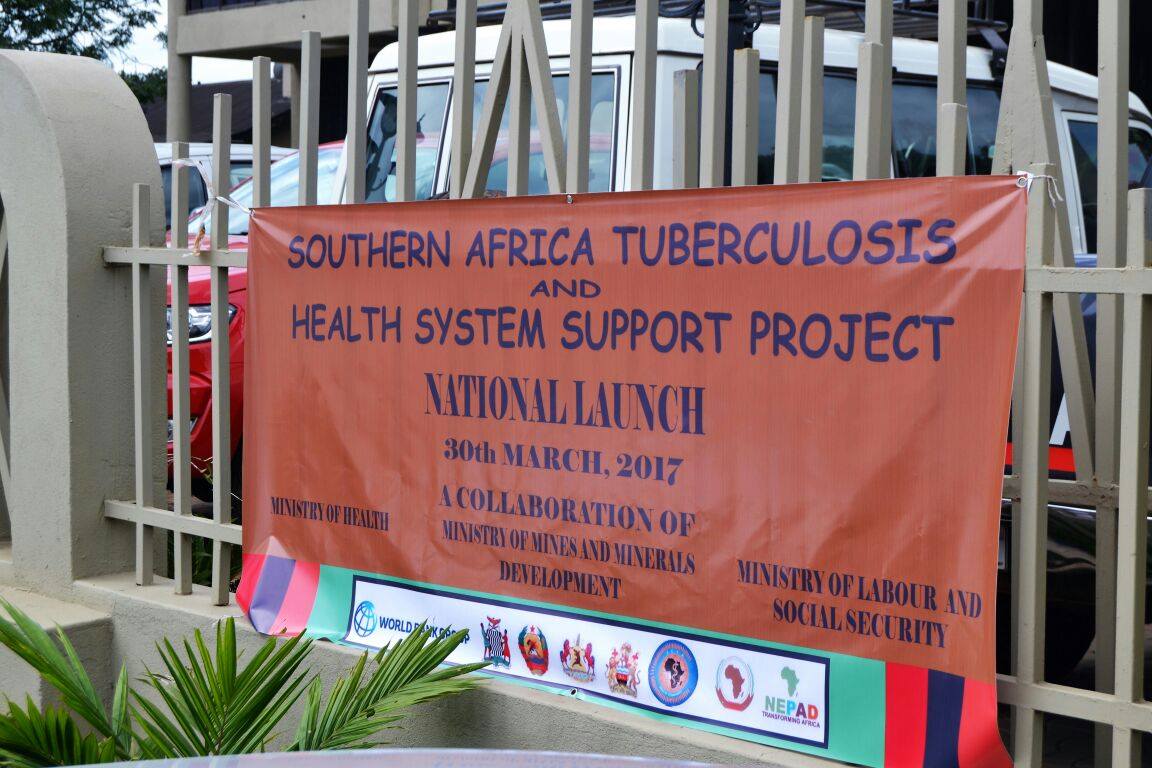 Mining activities in Zambia bring the much needed revenue for development. Being the second largest copper producer in Africa, mining is a key revenue generation activity for Zambia. Yet, mining also has its own negative effects on people’s health.

Tuberculosis (TB) is one disease which is predominantly found in mining towns, a case in point is Copperbelt Province, which has the highest cases of TB among all provinces in the country.

According to Ministry of Health records, out of every 100,000 Copperbelt residents, about 1,112 have TB. This figure is higher than the national average for 2014 which stood at 39 TB cases per 100,000 residents, according to World Health Organisation (WHO)’s TB Country Profile for Zambia.

Acknowledging the problem during the launch of Southern Africa Tuberculosis and Health System Support Project, Health Minister Dr. Chitalu Chilufya called TB “an emergency”, which must be “fought in an urgent manner.” “We need a multi-sectoral approach to defeat it,” he added.

“The impact of TB on the economy is big. Loss of productivity, loss of man hours and the loss of family income,” said the minister.

The World Bank funded project is aimed at fighting TB in mining towns where thousands of residents are patients. The World Bank has incorporated the Ministries of Health, Labour and Mines to implement the project, with the Ministry of Health being the lead.

The three ministries will work together in the fight against TB in the mining sector in the next five years. The Project also benefitting Malawi, Mozambique, Lesotho is being implemented at a total cost of US$122 million.

“My office has been receiving cases of miners fearing to report their illnesses to their superiors for fear of being fired. I want to warn employers that we will not spare anyone who threatens workers. They deserve to have medical help,” said Mrs Simukoko.

The World Bank indicates that the project will support the implementation of the Southern Africa Development Community (SADC) Heads of State Declaration of 2012 on TB as an Emergency in the Mining Sector and will also support the region and Zambia’s progress towards the Sustainable Development Goals, which include TB and the World Health Organisation’s End TB Targets.

In the course of the implementation phase, a Center of Excellence will be built at the Kitwe-based Occupational Health and Safety Institute where equipment will also be installed. The equipment will help in early detection and surveillance of TB.

According to Occupational Health and Safety Institute Director Dr. Connard Mwansa, the Center of Excellence will make service delivery easy for the miners, as it will make it possible to conduct various services currently unavailable to patients.

Two labour unions in the mining sector have welcomed the initiative saying it will save many lives.

“We thank the World Bank for the US$45 million project. this will help the Occupational Health and Safety Institute finish the office they are constructing in Solwezi. As you know, the North Western Province has a number of mines and this project will help in our members there to be served in their area,” said Mine Workers Union of Zambia General Secretary Joseph Chewe.

Another mine union had similar sentiments.

“This investment by the World Bank will go a long way. It will make the Occupational Health and Safety Institute a One Stop Shop for miners. This will save thousands of our members who are affected by Tuberculosis,” said National Union of Miners and Allied Workers President James Chansa in an interview.

According to Zambian law, any person who is employed as a miner is supposed to be examined by the Occupational Health and Safety Institute which is located at the Mine Safety Department in Kitwe. Every year, miners are also expected to be tested at the institute at least once to check their fitness.

This workload, which sees thousands of miners besieging the institute’s offices, makes the job a bit difficult for the workers and the idea of a mobile team to be testing the miners in various mines and towns is being piloted.

According to the WHO’s 2015 Country TB profile for Zambia, the southern African country recorded 5,000 deaths due to TB in that year. The report, which is the only survey on tuberculosis in Zambia, also shows that 41, 588 TB cases where reported in 2015.

The National Tuberculosis Prevalence Survey 2013 – 2014 revealed that TB occurs three times higher in urban areas than in the rural areas. The survey in that more males were burdened by the disease than females.