Home » General » The varied facets of marriage in Uganda

The varied facets of marriage in Uganda 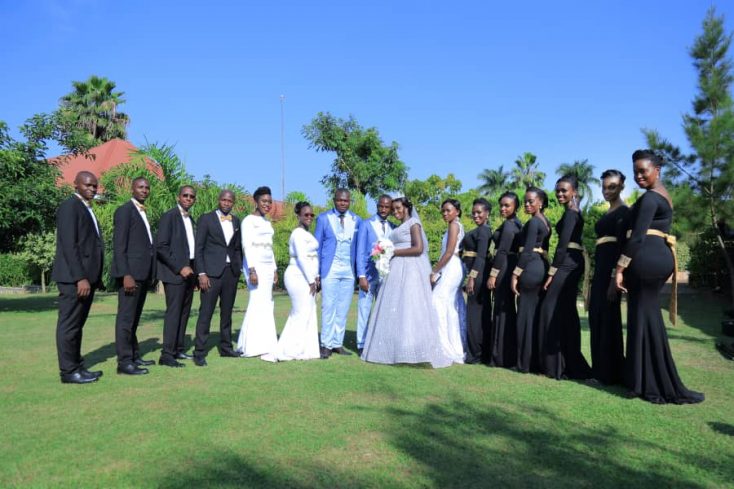 Getting married in Uganda is becoming a trick. It has of late become very expensive. Couples these days are going all out and all in, to have very lavish weddings. $5000 decor and $1000 suits for the groom plus off course a $3000 wedding gown and that’s just for the first attire. The bridal entourage has about 6 bridesmaids and they all will have a second attire. This is just for the Wedding Day.

There is also the customary ceremony which usually happens weeks or days before the religious wedding, that too has proven to be very expensive. The cost is determined by so many things : Parents wanting to show their power and money – We can take care of your daughter. Our daughter comes from a very wealthy – well to do background etc The two days and the ceremonies say less about two people in love and looking forward to starting a life together but rather about how much is being spent on those occasions.

The BBC earlier this year had a report on the cost of a Ugandan dream wedding.

The true cost of a dream Ugandan wedding https://t.co/NpvX4SULPR

The story , when I first looked at it made me say things like no way, you are kidding – this is too extravagant. But we have since had two weddings in the family and I tell you, this is becoming our reality.

This is why, (and I speak for myself) and many young Ugandans when I say, marriage is becoming one of those things we think about and it’s a burden. And to crown it all up is the constant reminder by society that unless you are married – you really haven’t made it in life.

The pressure to get married is why a Jemimah decided to marry herself.

Oxford student Lulu Jemimah gets married to herself. ⁦@lulujemimah⁩ is one of the most brilliant Ugandans you’ll meet. Support her fundraising drive to pay for her Oxford masters degree. https://t.co/2daI8xK1vL

Very unorthodox, but absolutely making sense especially with the fact that she is looking for funds for her second semester at Oxford for her Masters.
And sometimes, we need unorthodox things to help us get by in this world.
Siima, Editor of Flairforher Magazine yesterday (in lieu of Jemimah‘s wedding) decided that she would take that route but give it a twist. That started to be the biggest every wedding organised on Twitter.

It was great to see lots of Corporate Companies cone through with contributions of what they would give. Within hours she had a husband to be, venue, Food, drinks, Djs to play music, transport to the wedding (by way of @Safeboda) etc.

Kampala traffic will not and can not stop us!! #SafeBoda convoy and transportation is ready! pic.twitter.com/ea98YD2wAR

Tweeps (People on Twitter) we’re volunteering their time and expertise to make this ‘wedding’ work. #TheKaBernzWedding was created and as I write, it’s still going on.

2. If you have justifiable reasons for wanting to have the wedding outside a licensed place of marriage i.e a beautiful lakeside, a special license can also be issued.

For any other inquiries on marriage registration, feel free to @ us 😊#TheKaBernzWedding 👰🏽🤵🏽

Hilarious Twitter thread but most definitely worth it. Another unorthodox trend even though it’s not going to happen in reality, making us see that millennials or Twitter Elite as we call them are generally tired of being called out for not being married yet. And yet there are some who have had the $15000+ wedding and others whose dream is to have that and more. But there’s also the group that really doesn’t care. And that is the one I belong to. If I can have a 50pax wedding, I would be good. As long as there is good food and cake. The rest, I really wouldn’t care for.
But there needs to be a world where we coexist peacefully regardless of what kind of a wedding we want. But also, be allowed to not be married until we are ready. Or until never.

So, dear Parents and peers – embrace us, we are here to stay and yes marriage in all forms is not an achievement.