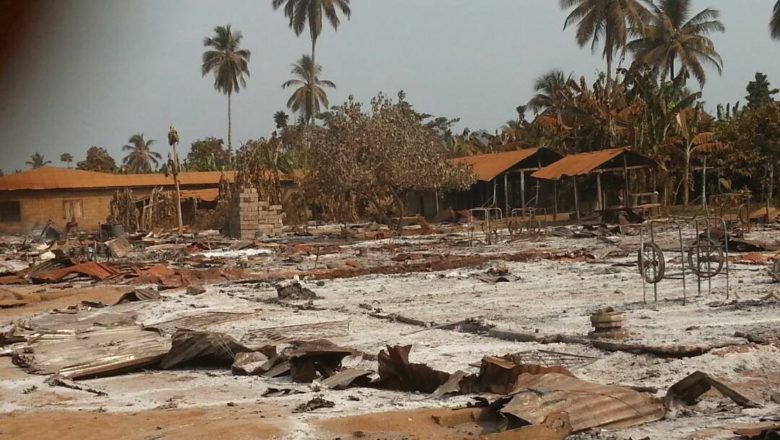 Since the beginning of the crisis in the North-West and South-West regions of Cameroon, social media have been the place where most people made their voices heard – be it to stand for the population of the two anglophone regions, to support the army or simply to give information about the evolution of the conflict. As a matter of fact, internet was the only place where one could get information on the conflict, as people on the ground used to share photos and videos of what was going on in their various towns or villages.

Voices are shutting down

In January 2017, internet was cut in the two regions for nearly 3 months. The government said it was to prevent people from spreading fake news that were dangerous for peace and stability in the anglophone regions. Even if information was scarce during that time, people still made efforts to send it through. Some had to move to neighbouring towns to be able to get internet.

But it has been a while now that things seem to have changed: the anglophone crisis is no longer the main topic in Cameroonians’ conversation on social media. Not even in the traditional media which seem to have switched to something else. Less people are  posting on the crisis, less people are seeking information on how things are going on there. There are less reports on killings, arson and abductions that are still going on there. Even the fate of the refugees does not seem to bother anyone anymore.

it would appear that people are tired of shouting in vain. Or perhaps they have accepted their fate. Recently women from the regions came out to begging and cried in vain for  return of peace. On social media, people suggested that dialogue would be the only way to the restoration of peace. They were not heard. Instead, the government created a campaign on the TV, with local and foreign football players and other stars, to say Cameroon is a peaceful, one and indivisible country. Meanwhile, people are still being killed in the two anglophone regions.

From a distance, the impression people have is that things have gone better in Cameroon and the crisis is coming to an end but this is far from reality on the ground.

The conflict has intensified

International Crisis Group estimates that the conflict in the anglophone regions is on the verge of escalating into a civil war, and recent events in Cameroon tend to prove them right. The truth is that, the conflict is spreading, and will soon reach francophone regions. A few months ago, many houses were set ablaze in Bangourain, a village in the Noun department, West Region. Following that, two people were killed by the population, accused to be the Ambazonian secessionists responsible for the burned houses. Before that, other villages in the francophone regions (Fongo-Tongo in july 2018) were attacked by secessionists. All this never happened before the year 2018.

Civilians are trapped between devil and the deep sea

Civilians remain the most affected by the crisis. According to Allegra Baiocchi, UN Resident and Humanitarian Coordinator for Cameroon, “attacks against civilians have increased and many conflict-affected people are surviving in harsh conditions without humanitarian assistance due to the dramatic underfunding of the response.”

Statistics from International Crisis Group indicate that at least 500 civilians have died in the violence. According to the UN, there are 32,000 anglophone refugees in Nigeria and an estimated number of 437,000 internally displaced persons. On the other hand, the Centre for Human Rights and Democracy in Africa (CHRDA) estimates that, since October 2017, at least 122 villages were raided and burnt in the anglophone regions.

These are frightening figures that works as a reminder that civil war is near and that we should use all means possible to make our voices heard.

Voices should speak up again

The situation in anglophone Cameroon is worrying and things will only get worse if nothing is done now. The population of these regions have tried their best to make their voices heard, to no avail. But shutting up or lowering down our is not an option, our voices must be amplified to alert the outside world of what is happening there. Otherwise are in dander of normalising the conflict; and very soon the whole country could be on fire.