Building The Africa We Want 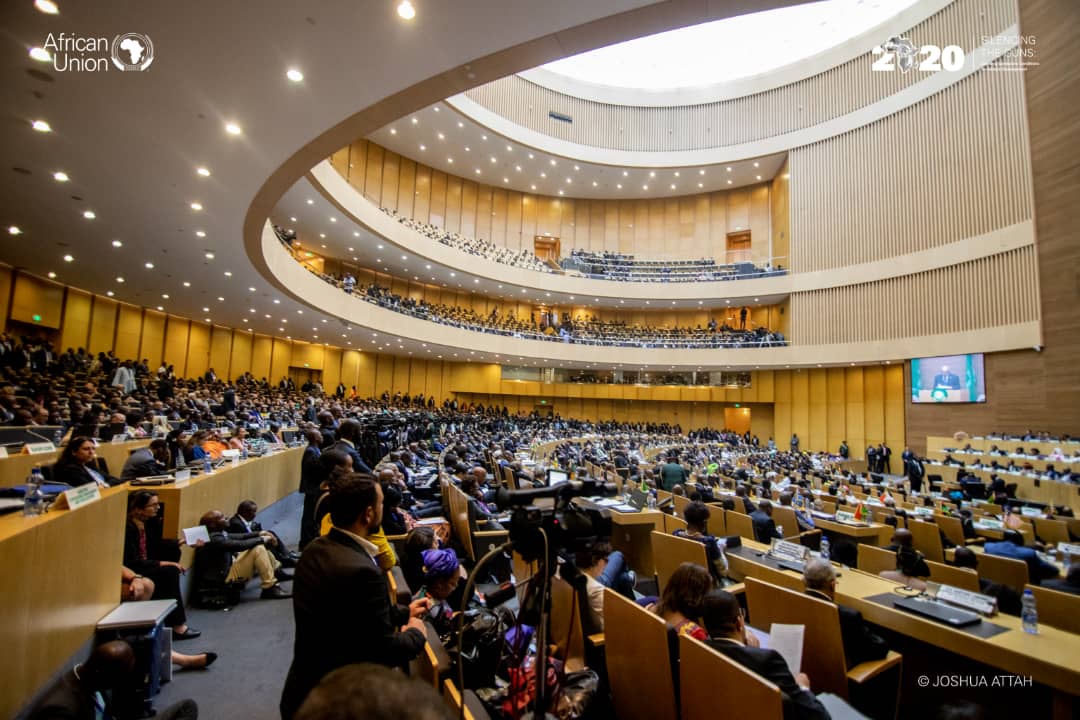 The first statutory meeting is that of the Permanent Representatives Committee (PRC)  followed by the Executive Council (EC) a Meeting of all Foreign Affairs Ministers of African Countries. The Assembly of the  Heads of State and Government is the last. But the whole week has very many side events and meetings hosted by the Departments,  AU organs or partners.

The outcomes and deliberations of the PRC form the Agenda of the EC which in turn forms the Agenda of the Heads of State and Government meeting. 2020  is the first year to implement some of the reforms as suggested by HE Paul Kagame of Rwanda. One of the reforms is to have only one Head of State meeting a year and not 2 as in the past.  The would-be second meeting was dubbed ‘a planning meeting’ and that’s between the AUC,  Regional Economic Communities and all AU Organs.  The Reforms also suggested the merging of AUC and NEPAD,  where the latter becomes the African Union Development Agency.

All reforms (and they are many)  if implemented will lead to a more sustainable and financially  Independent African  Union that is not dependent on Aid/partner support.

Every year has a theme that is agreed on and adopted the year before.  This year’s theme is Silencing the Guns: Creating Conducive Conditions for Africa’s Development.  This is a very important conversation because, in my opinion, it touches on all of us.  We have all in one way or the other as Africans been affected by conflict.

The faces of conflict in Africa have changed to continue to change. Terrorism,  Election-related violence being the ‘newcomers’ to the conflict that plagued the continent a decade ago.

The areas of Somalia,  Mozambique,  Sahel region,  South Sudan,  Sudan and are facing evolving levels of conflict. And as a result, they got mentioned by the many leaders that took to the podium to talk about what Silencing of Guns means for the continent.

Silencing the guns is a project started in 2016 as one of the flagship projects for Agenda2063. Its consultations, however, started in 2014.  When it started,  it was led by a document dubbed Lusaka Master RoadMap 2016. Silencing  The Guns is also captured in the 4th  aspiration of  Agenda  2063,  which is the  African  Union’s strategic framework for the socio-economic transformation of the continent over the next five decades.

Agenda 2063  highlights the need for dialogue-centered conflict prevention,  as well as the management and resolution of existing conflicts,  with a  view to silencing the guns in our  Continent by the  Year  2020.

Part of the work being done this year is to take stock of what has become of Conflict in Africa. Is it possible for us to silence guns totally?  Questions whose answers I am not sure we will find.

One of the important and yet seldom talked about issues around silencing the conversation of the gun is the arms trade. 80% of all small arms in Africa are in the hands of civilians, according to the Small Arms Survey (SAS).

This begets the question: Where are the arms coming from and who is selling them to these Africans?   According to  research  done  by the Stockholm International Peace Research Institute (SIPRI),

Africa’s expenditure in  2018, stood at around $40.2 billion.  North Africa had the highest spending at $22.2 billion,  followed by sub-Saharan Africa using arms worth $18.8 billion.  We are spending huge on military and defense than we are on vaccines and education.  So many questions.  The same countries ‘policing’ our democracy – are the same ones that sell us the arms,  and in large numbers.

Silencing guns in Africa means Peace,  Development,  prosperity, (Cliche words I know).  It means that we are thriving as people. That we have matured enough to think of the future and the people we represent and less about ourselves.  It means that we are thinking of the future – and bequeathing to our little ones – a world where they can achieve anything and everything. Because above all other challenges that Africa faces – Conflict and wars are top on the list.

Can we achieve this: Yes.  Only if we want to because it is a collective effort.

As quoted by HE Rampahosa as he made his address to the Assembly as the Chair for the year 2020: the work needs to be done by us.

Let us build the Africa we Want.
Let the Guns be Silenced.

Let our swords be beaten to plowshares, and our spears turned into pruning hooks.

It is the actions that we take from this day onwards that will determine our continent’s destiny. ~ Pixley ka Isaka Seme

I see the journey to Africa we Want as a marathon. The race is ongoing,  but we still have a long way to go.  Africa needs to figure out what works for it and what doesn’t.  And like everyone else on this planet – pursue the things that make it shine and thrive,  that make it happy.