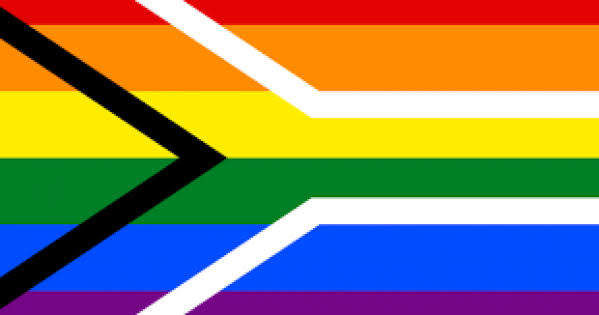 In addition to her Private Members Bill on Advance Directives, Deirdre Carter of COPE has also been pushing for changes to the Civil Union Act, and I’m pleased to report that the Parliamentary committee meeting (15/08) seems to have gone well, with all present agreeing that Section 6 of the Act needs to be reconsidered.

Section 6, for those not familiar with the Act, is the clause that allows for Department of Home Affairs (DHA) officials to opt-out of officiating same-sex marriages. It reads:

As Ms Carter pointed out in her submission to the committee, this creates a clear opportunity for prejudice against same-sex couples, in that “a marriage officer … could object to solemnising the marriage of a same sex couple under the Civil Union Act, but solemnise a marriage for opposite sex couples that were atheist or Muslim”.

The Act was created exactly for the purpose of allowing same-sex couples to be married, so for it to include the possibility for state officials to refuse to provide this service seems rather perverse. Why is it only gay marriage that is a matter for your “conscience”, and not marriage between atheists or Muslims – or, for that matter, white couples or black couples?

I had a conversation on this topic with Eusebius McKaiser on his Radio702 show  (here’s the podcast), and as I remarked then, this discrimination isn’t a mere hypothetical possibility, but is instead something that gay couples routinely experience.

As a marriage officer myself, I’ve observed the conservatism of some Home Affairs officers first-hand, such as the DHA official who told me that my forms were improperly filled-out when I listed the female partner (of a heterosexual union) as “Partner A” and the male as “Partner B” (men have to be on top, obviously).

But, I don’t think that they needed to fear receiving the services of some marriage officer at all, whether it ended up being me or a Home Affairs official. For gay couples, the reality is that only 28.6% of its branches have marriage officers who are willing to marry same sex couples under the Civil Union Act.

Around 37% of DHA officials have requested exemption on the grounds of conscience. But, because they are not equally distributed across the country, gay couples in rural areas, for example, might not have any access to someone who is willing to marry them.

Section 6 of the Civil Union Act is clearly a sop to the religious, just as the whole Civil Union Act is (but that’s a discussion for another day). On this topic, the interesting question is whether you should be allowedto refuse to perform such services on the grounds of “conscience”.

My answer is “no”. You should not take a job working for the state if you are not willing to provide equal treatment to all citizens, regardless of their (inter alia) race,gender and/or sexual identity.

As with the Kim Davis example in the USA, it’s not a matter of what you believe – you have a fundamental right to believe whatever you like, even if it’s nonsense – but rather a matter of public servants not being able to “pick and choose which laws [they] will follow or which services [they] will provide”.

While discussions continue in committee and in Parliament, the obvious next step for the DHA is to require that any new job applicants affirm that they will indeed provide the same services to all citizens.

What they do about existing employees that have sought and been granted exemptions is a little more complicated, as there may well be labour law implications in their cases – they are employed under conditions of service that allow for them to discriminate, and this situation might be difficult to unwind.

However, even given that complication, DHA have a clear obligation to ensure that couples have access to officiants who are willing to perform gay marriages, and also to ensure that people seeking gay marriages are not subjected to being “insulted and called derogatory names” by DHA officials, as Ms Carter reports is sometimes the case.

In utterly unsurprising news, the homophobic preacher Errol Naidoo – who will be seeking election as an African Christian Democratic Party (ACDP) MP in 2019 – regards this, and the Advance Directives Bill, signs of the end of civilisation. His latest newsletter tells us that:

COPE’s Deidre Carter has tabled a Bill in Parliament that compels state marriage officers to officiate at same-sex “marriages” regardless of their religious beliefs and convictions.

In addition, COPE’s “End of Life” Bill aims to legalise euthanasia in SA. Euthanasia has been used in Europe to manipulate terminally ill people to kill themselves for financial reasons.

This is, of course, a complete misrepresentation of what the (latter) Bill seeks to achieve, in that it only calls for durable power of attorney (so that others can make end-of-life decisions when you no longer can), and respect for living wills.

His newsletter also links to a choice comment from ACDP MP Cheryllyn Dudley, who “came down hard on the legislation”:

“For a society that professes to value freedom of choice we are becoming more and more selective about who gets to choose and who does not,” she said.

Ms Dudley, you can choose to be a bigot, and maybe your church will even encourage that choice. You can also choose a career in the Department of Home Affairs, at which point you choose to play a certain role in society, with certain expectations.

If you’re a gay couple, on the other hand, you might not have much (effective) choice at all, if you’re unlucky enough to encounter a DHA official as prejudiced as Dudley or Naidoo are.