Elections In Africa – What Counts 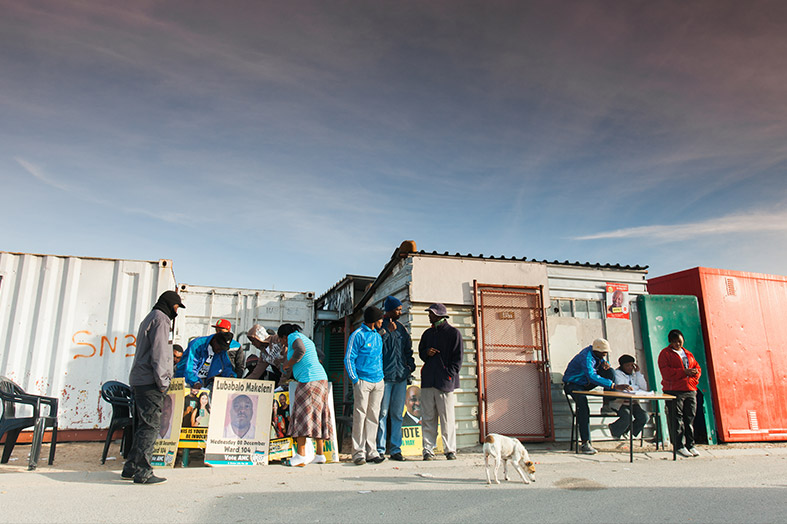 Uganda goes to the polls in a couple of months, Tanzania, Ivory Coast have just come back from the polls a couple of weeks ago. One thing that we have seen is incumbent governments coming back into power. For Ivory Coast – the incumbent won by over 70 %. Tanzania was abuzz [especially the online space] with great pictures of crowds pulled at the rallies by the Opposition candidate. We just saw that in Uganda – as well, when Kiiza Besigye nomination procession and rally caught everyone off guard.

I am reminded by a conversation that I took part in – early this year at Re:publica. Which does have some profound truths for me – but also pauses a lot of questions on whether we can stand and confidently predict future trends in regards to elections and politics on the whole.

The keynote address at Republica was titled “The system is broken and that is a good thing”. It was delivered by Ethan Zuckerman – also founder of Global Voices and Tripod. He talked about current growing trends in politics and governance which make a lot of sense in the African context.

The current growing trends as seen in Europe and America in regard to elections are declining voter turn up rates. The last election in America had the worst ever voter turnout in over 72 years. In 2014, European Parliament election turnout was the lowest ever – and the stats show that it has been dropping since 1979 to the present. This is a trend that we are also continuing to see in developing countries –It is usually a good turnout when it is presidential elections but with the other elections not so much. [1]In 1996 voter turnout in Uganda was 70.60% – this has steadily decreased up to 59.25% in 2011. I am keen to find out what it will be in 2016 in my country.

We also see a growing trend of people going out to the streets to create a different atmosphere for change. We have seen so many protests in the last decade that this seems to be ‘the golden age of protests’ as Zuckerman referred to it. These protests are not run by unemployed, uneducated people – they are run by educated, employed because that is who are looking for something new for their societies.  The Occupy movement, the Arab Spring, The Spain Indignants & 15-M Movement, – for some of these protests it was we may live in a democracy but the system is so broken that we have to fix it.  But we also know that for most these movements bring the change that they were created to do. The Arab Spring is a perfect example of that change. However not always – Burundi is that perfect example where we have failed to understand what is going on.

We had no idea that we would be able to see companies like Microsoft and Google taking over the world. We had no idea that we would see Facebook and other social networking sites begin to unite people from all kind of races and places [apart from China]. But we do now. There was a time we thought that governments especially in Africa did not care about the internet and what transpired there – but after Burundi riots began, – the first thing that is shut down is the internet. Our governments continue to cower at the thought of the internet and its possibilities instead of embracing it and using it for change or even just engagement with the masses that are on there. What we see is governments using Twitter and Facebook for campaigns, elections and Public Relations. Kenya and South Africa are great examples.

So now that the internet is not delivering democracies as we had hoped, protest and movements not creating change and now that people do not trust governments anymore that they are not lining up to vote – what do we do? Create other systems and things to do that will not just foster transparency but allow people to monitor daily what their governments
are doing.

Examples of such include the Promise Trackers that are being used in Brazil and the Monithon, a monitoring marathon which is monitoring and auditing EU funded projects among other things in Europe. What the latter does is have people go door to door asking – what do you think of a certain project and it is so far working. Transparency is no longer the way to go but rather inclusive monitoring governments and the promises that say they will deliver, daily.

It is no longer about just voting or joining in a protest – we have to do more, we can do more. Remind the people we voted into power of what it is that we voted them to do. We need to actively take on open-source governance and actively participate all the way. And hopefully then, we will be able to see and understand what really counts in an election.