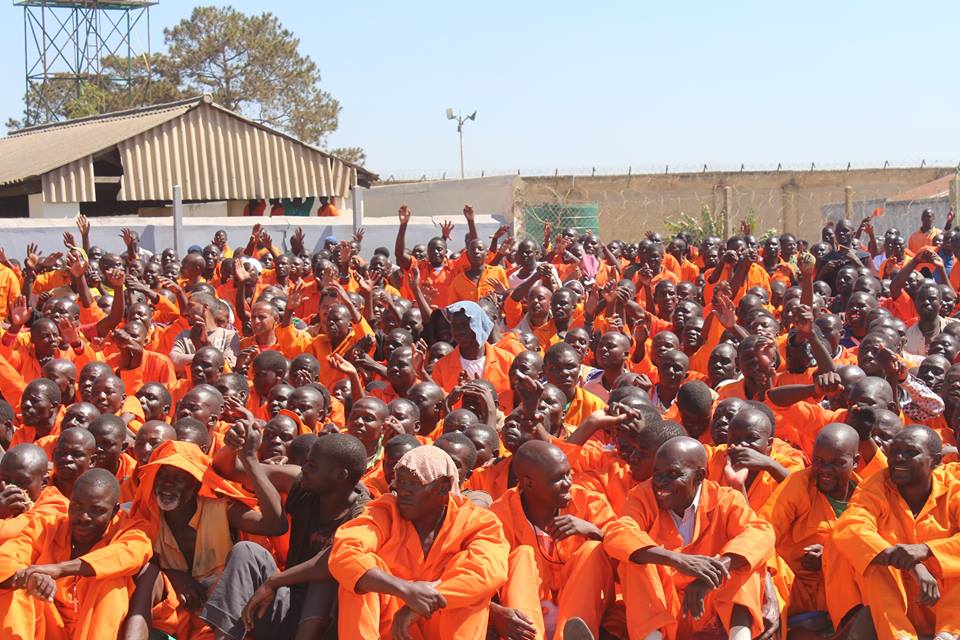 This is the first survey of its kind since Zambian got its independence in October 1964. VSO Country Director Edward Kakande has since said his organisation has started working on strategies to mitigate the problem.

Mr Kakande says VSO has partnered with the Zambian Government to implement a three year project aimed at promoting human rights and access to health services in correctional facilities.

“VSO has over a year now actively engaged in supporting health in prisons, joining our VSO regional health program that has been working to address challenges specific to the prison setting for nearly 15 years,” said Mr Kakande during a recent two day workshop for prison officers in Ndola.

Last week, the organisation brought together 30 Prison officers from across the country to train them in mediation, advocacy and Reintegration. The training was in line with the reforms going on in Zambia following the amendment of the country’s constitution in January 2015 which transformed and renamed the Zambia Prison Service to the Zambia Correctional Service.

The training, was held under VSO’s three year project aimed at protecting human rights in prisons and access to health services in Zambia, Swaziland and Zimbabwe which is funded by the Swiss Agency for Development and Cooperation (SDC)..

“Reducing transmission and improving treatment, care and support in prisons is thus an integral part of reducing the spread of infection in the broader society,” added Mr Kakande.

The issue of HIV and AIDS in Southern Africa is one of the pressing issues the Southern Africa Development Community (SADC) is combating. The regional body has come up with several minimum standards on HIV and AIDS for HIV testing and counselling, child and adolescent HIV and other communicable diseases. This is where the VSO project fits in.

Yet, despite all these good guidelines, most of these initiatives are not implemented by member states despite them being part of the formulation process. Prisons Care and Counselling Association (PRISCCA) Executive Director Godfrey Malembeka says there is need for Zambia’s Ministry of Finance to increase funding to the Zambia Correctional Service so it can ably fight HIV and AIDS among inmates.

Mr Malembeka, whose organisation is working with VSO on prison reforms in Zambia, says the situation in the correctional facilities is not conducive because access to medicines by inmates is limited and the number of health personnel is low.

“The people in the prisons are strong, they are tested often. I was tested three times myself. What we need is more funding from the Ministry of Finance so that the fight and HIV and AIDS in prisons can be scaled up,” said Mr Malembeka who is a former inmate and is now an activist who champions the rights of prisoners and ex-inmates.

According to sources, the Zambia Correctional Service has less than 10 medical doctors looking after a 18, 560 prisoners across the country’s 10 provinces. This scenario poses a challenge to those who are incarcerated and are on anti-retroviral therapy as it becomes a challenge for them to continue treatment.

“It is in the public domain that correctional jurisdictions across the globe have taken steps to improve on their human rights records on the international sphere,” said Mr Chato.

Mr Chato added that the Zambia Correctional Service command was determined to ensure that the ongoing reforms work in the best interests of the community and the inmates.

In November 2003, the African Union adopted the Ouagadougou Declaration on Acceleration of Penal and Prison Reforms which seeks to reduce the prison population in Africa, applying the rule of law in prisons and promoting best practices among prison officers.

All these documents are aimed at helping member states to entrench the best practices of prison management in their countries and meet the so-called ‘Tokyo Rules’ which are a United Nations guidelines for prison services worldwide.