It’s not just Mutharika, it’s the system as well 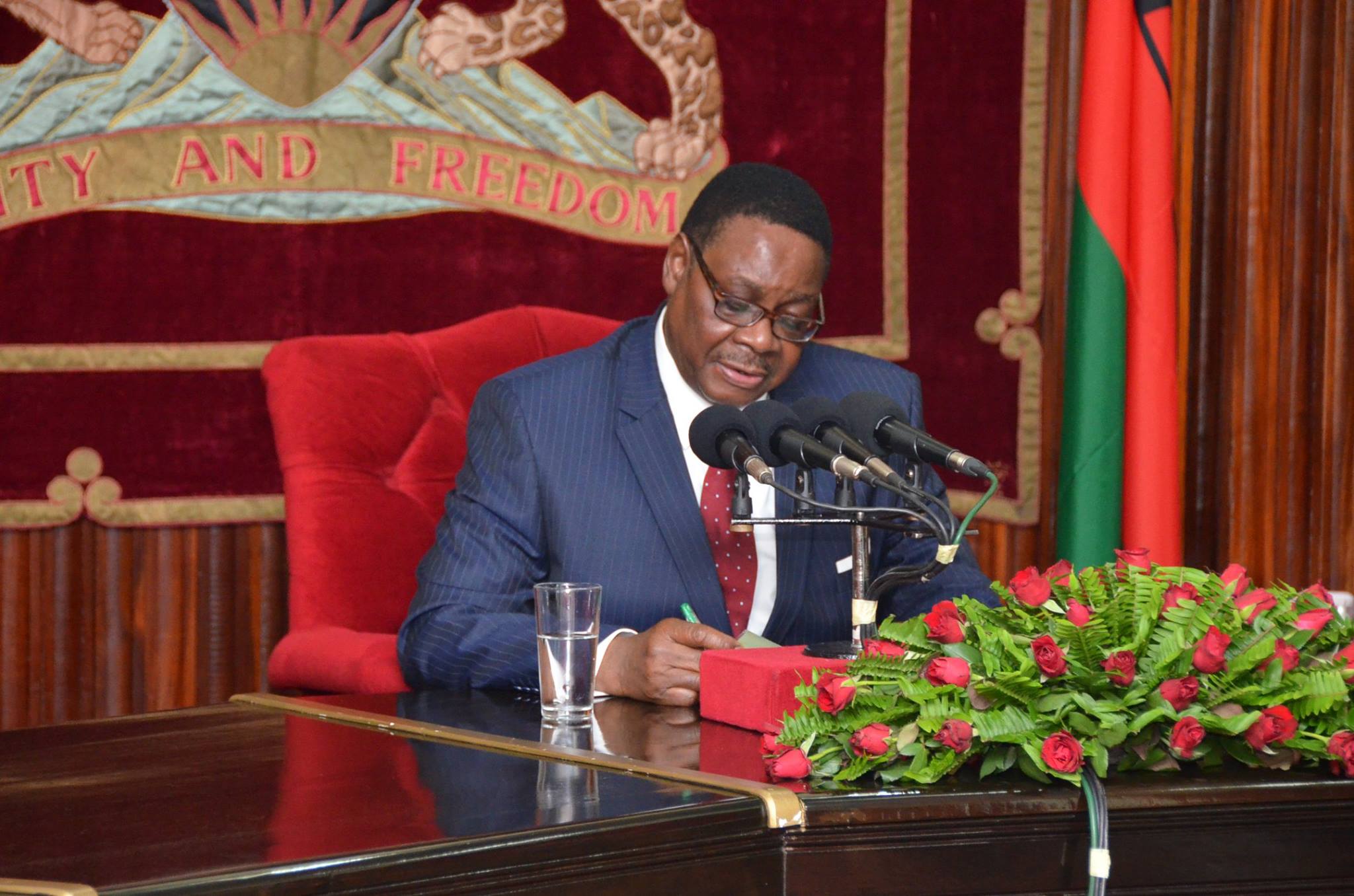 Five days after Peter Mutharika’s return from his prolonged stay in the United States of America where he attended United Nations General Assembly in New York, the Malawi President, held a much anticipated press conference to brief Malawians on duties he carried out during his time in the USA. At least this was the official agenda of the press briefing, which was earmarked for 90 minutes but lasted for about 2hrs.

Malawians expected much more information from the press conference than a mere briefing on the Assembly, which would not have interested most Malawians anyway. President Mutharika stayed on in America way after the Assembly, and for a good part of this period the President was unaccounted for. Malawians did not know exactly where their president was, let alone what he was doing. There was no updates on Malawi state broadcaster, Malawi Broadcasting Corporation, which covers every little trivia of Malawi presidents. There was no word from the government communications team as well.

Only after Malawians started questioning the whereabouts of their president on social media, mostly Twitter and Facebook did one of the President’s press officers responded to say the president was working via Skype. The response was patronising enough but it became silly that the press officer failed to provide evidence that the president has any official Skype account – let alone Malawi Government, which he would have been corresponding with.

The lack of any meaningful information from the government on the president’s whereabouts resulted into rumour and speculations. This is understandable given the terrible history of African presidents hiding illness and dying abroad.

On his return, after a month in America, Mutharika was seen using only his left hand to greet his political party members, government officials and other delegates gathered at the airport to welcome him. Yet, the president is known to be right-handed. For those who believed the president had been ill this justified their suspicions. Even worse, there was no customary press conference that Malawi presidents give on their return from official duties outside the country.

The president appeared flamboyantly to meet the press, obviously to prove he was “enjoying robust health”, as his Minister of Information had said. Among many things that the president said was an admission that he had indeed been ill. Suffering from rheumatism, a condition he said he has always had, and assured Malawians that he was recovering well and that he was about “80 %” fit. He promised to be 100% alright in couple of weeks. Subsequently, it was the rheumatism that prevented him from using his right hand on the arrival. His right shoulder was stiff because it had been injected .

Mutharika went on to say that there was no way he would have returned to Malawi leaving good medical care in the USA if he was still ill. He bragged about doctors and medical scheme he has in America.

For Mutharika, having medical scheme in America is not entirely surprising, given that the president lived in America for over 40 years, teaching law in various universities. His children are still residents in America. What Malawians are not happy with however is the manner in which he boasted about his medical cover abroad while majority of Malawi hospital lack basic medicines such as Aspirin and Panado.

The criticism is justified, I was equally irritated by the remarks as I watched the press conference. Yet, the fact that the president could be so insensitive on this serious issue is an indictment, not just on the president, but also on Malawi as a country. In Malawi, it is acceptable to use taxpayers money, a majority of whom cannot afford basic antibiotics, to fly out senior public and government officials for medical attention abroad. In Malawi, it is acceptable that people who are entrusted with running public hospitals together with their families go to private clinics while services in public hospital are getting worse by day.

It is acceptable in Malawi that government officials entrusted with running and overseeing education system send their children, relatives etc. to expensive schools outside Malawi, while the education system in Malawi is falling apart. The statement that president Mutharika made is despicable and those condemning the president for this are of course morally and ethically right. Yet, this will not achieve the desired end because the issue is not and should not be about Mutharika. It is about the system. That is why the President naively felt it was ok to boast about his medical cover in America.

Malawi is a very reactionary country. The consequences of which is that Mutharika will take criticism and battering but nothing will change for the better because the reaction is directed at a wrong entity. In typical Malawi fashion, Mutharika and his handlers will blame this on the jealousy of his political foes, turning the whole issue into a political farce, not a serious matter of governance and accountability. Mutharika is only a symptom of a larger problems.