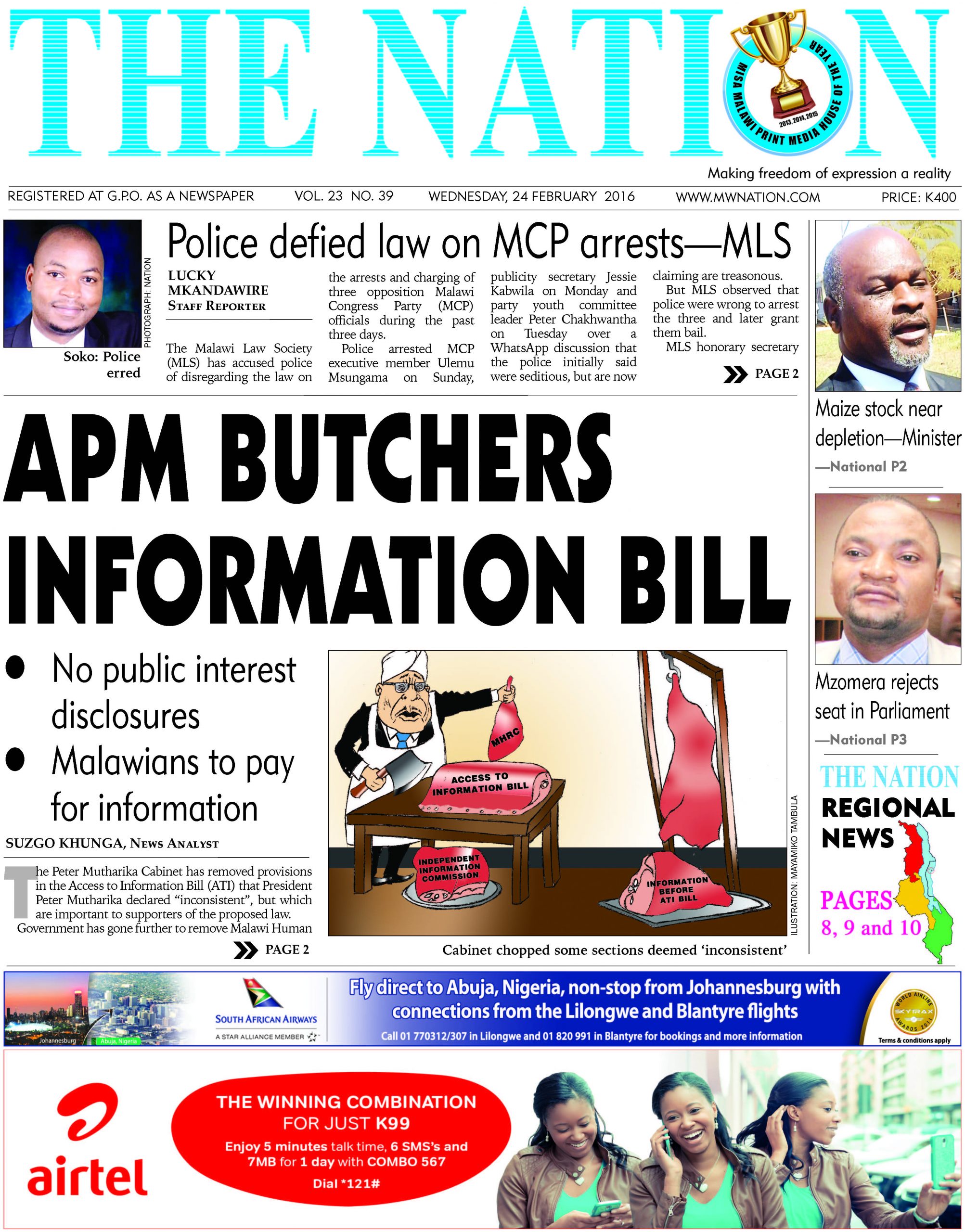 Hungarian-born American publisher Joseph Pulitzer noticed that “there is not a crime, there is not a dodge, there is not a trick, there is not a swindle which does not live by secrecy.” He further observed: “get these things out in the open, describe them, attack them, ridicule them in the press, and sooner or latter public opinion will sweep them away.”

It is a straightforward point: secrecy fosters corruption; only transparency can ensure accountability. This is a very important principle, especially as freedom of information (FoI) campaigner, Heather Brooke noted in her theses on Your Right to Know: A Citizen’s Guide to the Freedom of Information Act:

“Making government transparent and accountable to the public directly increases the efficiency of the public sector more than any number of government regulators or watchdogs … FoI also highlights problems way before they become catastrophic mistakes. A strong FoI regime means fewer regulators and public inquiries that eat-up public money.”

If there is one country out there that must take heed of these key principles it is Malawi. Corruption has been the country’s headline story for nearly three years now, following revelations of a systematic looting of public coffers where estimated US$31 million was stollen by civil servants, private contractors and politicians, a scum locally known as cashgate.

“Corruption bleeds Malawi economy”, writes Frank Jomo for African Arguments. It is politics that breeds and sustains corruption in Malawi. As I previously argued, there is unwritten rule in Malawi that successful business people align themselves with the ruling party–the de facto government in Malawi context–in order to protect their businesses and gain more contracts. This is why most business people connected with cashgate were at the time aligned with the ruling party, Joyce Banda’s People’s Party.

This not to say Banda’s party is the most corrupt; it just happened that her’s was the party in power when cashgate unravelled. In fact, the scandal perhaps unravelled on her watch because she was too naïve about it. National audit reports have since revealed that the looting of government confers go back to the tenure of her predecessor, Bingu wa Mutharika who was in office between May 2004 until his death in office in April 2012.

The current government, headed by Mutharika’s younger brother, Peter is reluctant to act on these audit reports implicating the government of his brother in which Peter Mutharika himself was a cabinet member, holding several ministerial positions. Meanwhile, Bingu’s predecessor, Bakili Muluzi also has a court case on alleged corruption committed while in power–between 1994 and 2004.

At times the story reads like fiction, yet this is Malawi, a peaceful and self-styled “God-fearing nation”. More than half of its estimated 16 million people live below the poverty line. The country ranks 173 of 188 on United Nation’s latest Human Development Index report of 2014.

There is no doubt self-enrichment is one of the reasons most people go into politics in Malawi. Successive governments have been reluctant to pass access to information law (ATI), an enabling law of the section 37 of the country’s constitution, which state:

“Subject to any Act of Parliament, every person shall have the right of access to all information held by the State or any of its organs at any level of government in so far as such information is required for the exercise of his rights.”

The current government promised to pass the necessary bill into law so that access to information can become a reality in Malawi. Two years into power, the DPP government now feels like passing the ATI bill is a foolish move–akin to a foolish dog that bites the hand that feeds it. Owing it to donor pressure, even though the president denied this, the bill has been gazetted ready to be discussed in Parliament.

Yet, The Nation newspaper has reported that the gazetted bill is not in its original form–as drafted and approved by the stakeholders. This observation has also been made in a MISA-Malawi and Media Council of Malawi joint report protesting against the watered-down Bill.

The MISA-Malawi and Media Council of Malawi joint report is “[an appeal] to the government to review its position on ATI and MPs to reject current version of bill.” the report notes “that the ATI Bill gazetted by the government on February 19, 2016 does not meet the following principles that underpin a good ATI law:

Prior to the gazetting of the bill, President Peter Mutharika told ATI campaigners and stakeholders that he would not approve the bill unless some “inconsistencies” are removed. He argued that he wants a law that was in the interest of Malawians and not some other elements. The president’s statement is very instructive on what he meant by “inconsistencies”.

Heather Brooke noticed that “one reason government officials hate openness is that it highlights their mistakes.” As for Malawi, this is not just about officials hiding their mistakes but also opening way for corruption and covering their tracks. As Brooke warns: “You should not expect politicians to promote freedom of information. Why should they? They have vested interest in controlling the public’s access to information and thereby maintaining their grip on power.”

The onus is on the media and the civil society to continue their dogged work for the public good; must continue to ask awkward questions; must continue to dig, to unearth and then explain all the falsehood and deceits that the powers that be try to feed the unsuspecting public.