A Human Rights Dilemma and The Questions It brings to light 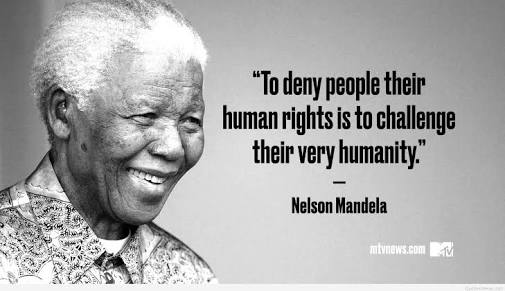 Over the last two years social media in Uganda has been awash with the story of a Human Rights Activist, or rather a person that called himself a Child Rights Advocate who took children from their mother, manipulate the judicial system and deny the mother the right to see them.

When did all that start? When the Child Rights Organisation that the activist was working with got a huge grant and he all of a sudden became rich. The story while horrifying was not fiction; it was true. Social media once again saved the day, it gave uncensored access to a victim who voiced her ordeal for all to see and hear and possibly propel action from the father of the children. The mother used Facebook to share her story.

The story got me thinking a lot. And it brought out key trends/ perceptions/ whatever else you may choose to call them.  I will list a few below.

The reality of Domestic Violence: no matter how old you are, how much education you have had – domestic violence and gender-based violence are real. Men still beat women and treat them as property.  The mother of the children is a journalist. She was being beaten by a man that wears a suit and drives a 4×4, speaks English and works with an NGO. We sometimes think that beating up women is a myth to the educated and a reality to the uneducated.  This proves us wrong. According to Uganda Police, In 2010, 109 women died as a result of domestic violence compared to the 163 that lost their lives in 2016.  The rates are on the rise.

The ill of AID: I know you will say that this is generalisation – and I understand why you would say that. But there is a lot of money that is being sent to African countries, to organisations and it’s not doing its work. The Child’s Rights Organisation was the first to denounce this man and his alleged disregard for human rights and to also say that they didn’t know what was going on even though he was no longer an employee.

There are people and organisations that do good work. But there are those that don’t. And they are killing society. When someone buys 3 cars, builds a house – in months and it’s not queried by anyone on development agency money, I wonder.  I know how shrewd these donor agencies can be, but how did this slip through the cracks?

What mechanisms have been put in place to probe civil society organisations receiving donor support? Who is doing monitoring and evaluation for these organizations, who is Auditing them? Aren’t we right in calling this support DEAD AID?

The story of the Enablers: now, African Tradition praises and elevates sons and heirs. But more so those that rise to the occasion to amass wealth regardless how it’s done. This man had his family behind him. And because he had the money, no one said a thing. They allowed him to take on a second wife, supported him when he kept the children from their mother after all he is the father, the bread winner, man of the house, and the one with the money.

None of them stopped to think about the physiological impact of all this on the children or the mother. None of them thought, this woman has the right to visit the children as authorised by the court. If there was any, they are not mentioned, which means the role played was somewhat significant. His friends, his colleagues – there must have been one or two people that knew the real story. How come, none intervened?  And his workplace?  No one asks, how is your family?  How are the children?  And stay to listen? Because therein, there must be a narrative that doesn’t add up.

I realize too, that the media has not done much. Is it a touchy subject?  Is the story unable to sell?  Or is it not just prime time material? She works at a Newspaper – but what about the TV stations and other newspapers?

And lastly, this story for me brings out that for many, Human Rights Activism is only a job. Child Rights advocate having worked in a child’s rights organisation should have known what the children’s rights were. At least according to the law. But when you have money and authority, it’s about who has more muscle, nothing about protection of the children or doing what is in their interest, and not just the children but their mothers too.

If we as Human Rights advocates and activists can’t walk the talk, how do we expect to have a society that respects us and the work that we do?