Caster Semenya, and Fairness in Sport (and Life) 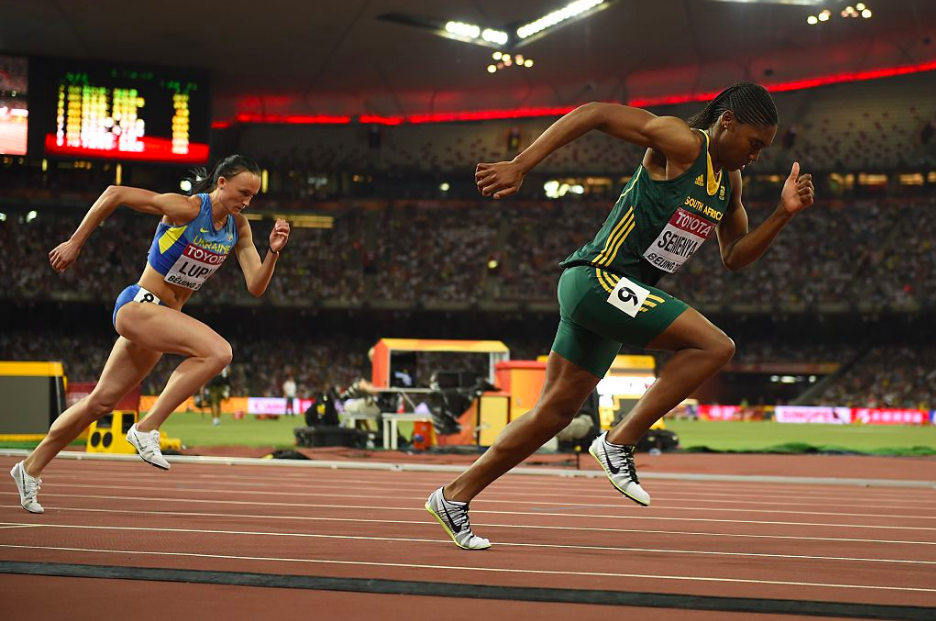 If we were to design athletic competition from scratch, how would we proceed? I think, given all the biases we’ve challenged or discarded since the first time athletic competition was tracked (sex, gender, race), we’d hope to find some way to match competitors in a way that created the spectacle required, and rewarded skill and effort, but did not rely on an arbitrary characteristic of humans to separate us into categories.

Whether that way of matching involves testosterone levels, types of muscle fiber, age or whatever combination of (some of) these variables (and others), I don’t know.

I do know that sex and gender are arbitrary, in the sense that (at best) they give us a rough-and-ready way to divide the world into halves, namely males and females, where (on aggregate) males will be faster and stronger than females.

But that’s not good enough, because those categories are either social categories, or involve scientific contestation around how to properly define them, as is the case with Caster Semenya. And regardless of your personal views on the Semenya case, regulatory bodies have to engage with the question of creating a fair competition.

This would be the case no matter how you label the humans involved in those competitions, or what variables you use to separate them into groups.

As for “unfairness”, you can have that debate with reference to a multitude of variables that affect or might affect performance. Athletes from England might well have had access to better facilities, coaches, diet and so forth than ones from Kenya, but are not penalised for this advantage, because it’s a kind of “unfairness” that we’ve accepted as part of the competition framework, even though in athletics, as in life, I’d expect to find strong structural biases in favour of white athletes in general.

If we knew all the things that affected performance, perhaps we could have “humans from the first decile of expected performance” compete only among each other, and same for the second, third, etc., “women” and “men” falling in wherever they might fit on these objective criteria.

Given all of these issues, and our existing (as I say, arbitrary) use of the categories of “men” versus “women” in the Olympics, there is a legitimate sense in which all of those involved in these competitions can feel frustration, because who they compete against is in flux, meaning their prospects of winning or losing are also in flux, for reasons beyond their control or influence.

Regardless of this: there is no doubt that Lynsey Sharp was effectively in a different race to Semenya. Sharp came 6th, so should be perhaps be more concerned about not having beaten the athlete who came fifth, as a start, rather than the one who came first.

And there is no doubt that athletes like Semenya herself have been treated disgracefully. Their achievements and athletic prowess have been cast under suspicion, and they’ve had to endure personal abuse by people on social and regular media.

An athlete does not set the rules under which she competes. And if there is a controversy around those rules, and whether they are fair or not (in the sense that their training, effort, and talent are rewarded commensurately to the input), an emotional response to a win or a loss is predictable, even when the outcome is entirely fair (in a moral sense) and within the rules (in a legal sense).

This does not excuse Lynsey Sharp being ungracious in defeat, and thus detracting from Semenya’s triumph. Sharp’s reaction does however need to be interpreted as that of a person who has dedicated months of effort to this day, or these few minutes of effort, in an environment of regulatory, political and scientific uncertainty.

Recognising what is at stake for her does not require denigrating Semenya, and also does not require you to excuse the abuse Semenya has encountered, or to (rightly) think that far more worrisome than our reaction to a sore loser.

But it also does not license abuse in response to Sharp, such as the tweets you can see by perusing her Twitter mentions.

The folk of Twitter tell her that she’s a “bitch”, who was simply slow and came 6th. She needs to “get laid”, particularly by some “African D”, to get over the fact that she couldn’t win the race. She is a “racist bigot”, and “such a poes”. She should fly home via South Africa, because “Ons wag vir jou!” (Non-Afrikaans speakers: that’s “we’re waiting for you”, and is a threat of violence.)

Criticise her, sure – point out that she should worry less about Caster Semenya, and more about why she couldn’t beat the runners who came 2nd to 5th. Point out that her ungracious response is particularly offensive because of what Semenya has been through and how, in that context, it can be read as evidence of prejudice.

But there’s no need to abuse her, especially if your reason for doing so is to protect another woman from abuse. And that’s all I was trying to say when I tweeted:

Because nothing demonstrates your commitment to human dignity so much as directing abusive tweets to #LynseySharp.

I think Semenya is a champion who has been treated like crap. And, I think that we should robustly criticise those who demean and devalue her.

But we can, and should, do so in a way that doesn’t demean and devalue another woman, no matter how ill-judged or ungracious her response to a loss might have been.