Home » Governance » How necessary is the death penalty?

How necessary is the death penalty? 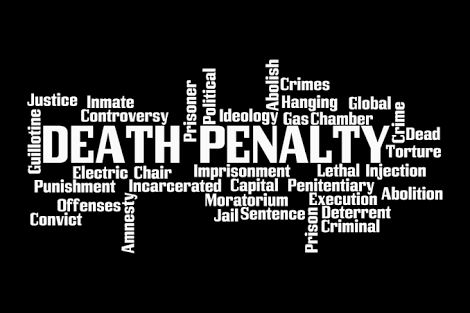 There is the issue of many Africans being on death row in foreign countries with absolutely no one to fend for them – one wonders why African Embassy and High Commissioners exist in most of these instances. Harrowing  stories are there on Facebook and we receive voice notes on Whatsapp.

Last week, I heard two moving stories that had me thinking a lot about the death sentence.

Eloquent, Tall, Present. Those are some of the words that can be used to describe Peter Ouko. As we made our way from the airport to our hotel of residence, he was jovial and talkative. I for one was visibly knackered from an over 15 hour journey from East to West Africa.

The next day at the opening of the first African Congress Against the Death Penalty, he spoke – as a witness to the system. And that is when I got to know his story. Peter Ouko  was sentenced to death in 2001. He was in Prison for nearly 18 years.  He was graced and released in October 2017. He is a graduate of London Law University, a course he started while in Prison.

In 2006 the Supreme Court of Uganda, in the case of the Attorney General Vs Susan Kigula and 417 others on death row ruled that there were inconsistencies with the Death Penalty law in Uganda.

In 2016, The Parliament of Uganda reopened the debate on whether the death penalty was something that Ugandans so desired. The last known execution in Uganda was in 1999 – 19 years ago. This makes Uganda a ‘moratorium’ state. However under the military law, the last execution was in 2005. And that is  13  years ago.

Susan Kigula served her sentence and was released after 15 years in Prison. On top of using her case to challenge the death penalty law in Uganda, she is also known as the founder of death row inmates choir and is also a law graduate. She was released in January 2016 . She too was at the African Regional Congress against  the death penalty. I didn’t know about her until she got up to speak.

Both Susan and Peter maintain that the death penalty is not a solution to crime in society.  The system in so many of these cases (not all of them)  is rigged and alot of people end up on death row even when they didn’t commit the crime.

In some countries, like the United States – getting someone onto the death row is very easy.  “It only costs a million dollars or so,  it’s very easy” – says Ndume Olatushani, a former death row prisoner in the US.

The origin of the Death penalty is something we still debate upon. Carlson Anyangwe, a researcher and law professor from Cameroon is convinced that it is a colonial heritage.  But Alice Mogwe, a lawyer from Botswana says,  it is a remnant  of our precolonial times. And this also brings into question, our perception of the Death penalty.  In my country Uganda,  a chicken thief will be lynched in broad daylight light by a mob. That process has been given a name – mob justice.  Can a mob pelting stones at a criminal who is unable to defend themselves be delivering justice?  I don’t know.  But research has shown  that in Africa alot of the people defend the death penalty.

In 2016 when the death penalty law was being debated in Parliament some of the responses on Twitter were:

“It makes me cry seeing people are standing for the rights of rapists, murderers, …God save Uganda”

“With our inefficient and corrupt justice system what are the chances that we may execute an innocent person?”

Why we punish people and how we do so is a conversation / discussion  that law makers and the community needs to have.  A deeper analysis of who we are as a people and if our “Ubuntu-ness” allows us to kill wrong doers in our society and if that makes us a better people also needs to happen.

In this era where human rights are very critical to society’s progress – it’s important  to recognise that death penalty is denial of fundamental human rights. Why is that not being recognised?

Peter and Susan are very brave.  If I had been on death row,  I would change name – perharps location  in a bid to start afresh.  But even after all they went through,  they are back in society working with the community and educating them about crime and helping those out of prison to find their bearing  in life again. Salute to them!

The African Regional Congress against the Death Penalty took place 9&10 April in Abidjan,  Ivory Coast.  You can find more information about it here: http://www.ecpm.org/en