Home » Human Rights » Human Trafficking, the predicament the Government of Uganda has created

Human Trafficking, the predicament the Government of Uganda has created 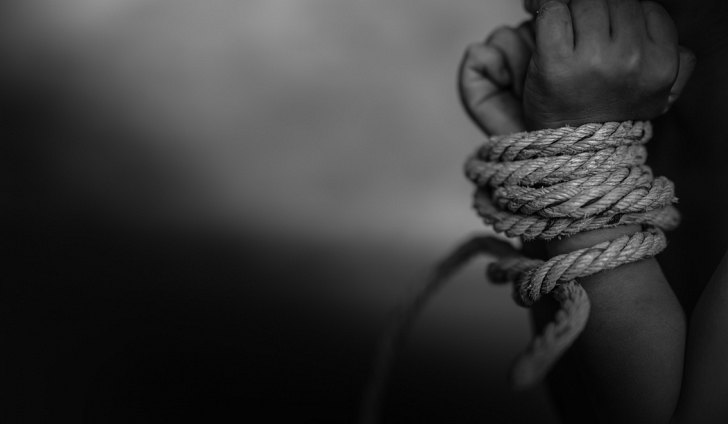 A relative from the village called me recently.

“I need you to connect me to Dubai” he said.

“What will you be going to do in Dubai?” I curiously asked.

“Any work that is available, you know me I am very hard working.” He said with a tone that split between resolve and desperation.

“Have you heard about the horrid stories of Ugandans in the Middle East?”

He said that he had heard the stories but is convinced that he can make it anywhere else but Uganda.

His dad died when he was a little boy and his mom could not afford him a proper education; she had no option but to take advantage of the dilapidated Universal Primary Education that could take him only so far.  He is a millennial, he has a smart phone- has access to Facebook, the glamour of social media has shown him that there is a better life to aspire to beyond his little village. He says that a friend of his told him about the riches of the United Arab Emirates. To him, this is a glimmer of hope out of the spiteful poverty that he has known all his life.

The tricky thing is, he has no skill set to sell.

Like this relative of mine, poor Ugandans are caught between the rock of unemployment, illiteracy, poverty and the hard place of being trafficked to the middle east mostly into enslavement.

When Ugandans returned from the Iraqi war, most of whom were serving as guards for the allied armed forces that ousted Sadam Hussein,  their livelihoods had seemingly improved. Their stories attracted many semi-literate, unskilled poor Ugandans to aspire to go to the Middle-East for greener pastures to work as maids and guards.

Yet, most of those that have journeyed to the middle east to seek opportunities, their stories have been dreadful;

The Daily Monitor in April 2018, reported that Doreen Karungi a 24 year-old was found dead inside a small room in Ibra town about 170km from the capital, Muscat in Oman. She was suffering from alleged torture wounds and starvation; she had been locked up in the room with another Ugandan who was reportedly suffering from mental disorder.

Six Ugandan women, working as housemaids in different towns of the Middle East country of Oman, revealed to Daily Monitor that they had been confined by their employment agents in a private facility for several months undergoing torment.

The women communicated their ordeal through sources in the Omani capital, Muscat, saying that they were suffering diverse illnesses.

Stephen Tukesiga a Ugandan graduate who narrowly escaped trafficking in an interview with the Stories4humanrights  website said, “The conditions Africans are subjected to are not pleasant. They are discriminated against and not considered equal. No African is enjoying himself there. They are not okay. They go to work and that is all. To them, an African is nothing. They would pay the Bangladeshi, Indians first and Africans would be paid last. You would wait for a lot of time. Even when I was leaving, they paid me the day I was leaving. I had to speak to the supervisor myself.”

With all these stories and media coverage, why has the problem persisted? I wonder.

“What else would you want these people to do? Poverty corrodes your dignity. In the past, we Africans were traded as slaves, now we take ourselves to go to those countries to slave.” Steven Kaswabuli the LC 1 chairman of Bwaise III a slum in the outskirts of Kampala said. He told me that many of his residents especially women in their late 20s and 30s have traveled to the Middle East. “Those that are resilient have been able to make a living for themselves. It is better than nothing.”

The government claims that most of those that are tortured leave the country illegally. It is reported that there are over thirty-three thousand Ugandans in Oman, even though the government hasn’t cleared any of them to go to Oman. Sadly, the government doesn’t feel like it is their responsibility to trace these citizens.

The dailies reported Pius Bigirimana the permanent secretary of the Ministry of Internal affairs saying, “My ministry cannot help those people because we do not know them in our records since they go to Oman illegally. We only help those we know because the local companies that took them abroad are responsible for the client’s return in case of a problem,”

The population is growing at a wild rate, the government is stuck with a large population of youth that they did not correctly plan for, so they adopted the externalisation of labor.

So, in an attempt to solve this problem, like many that are living in this century, the government thinks that technology is the magic bullet without really confronting the underlying issues.

In my opinion, there is an urgent need for action by the government to deliberately plan for the Ugandan youth, get serious about creating jobs for them, rethink the education system, take real actions to fight poverty. Otherwise, this trafficking problem is far from over.