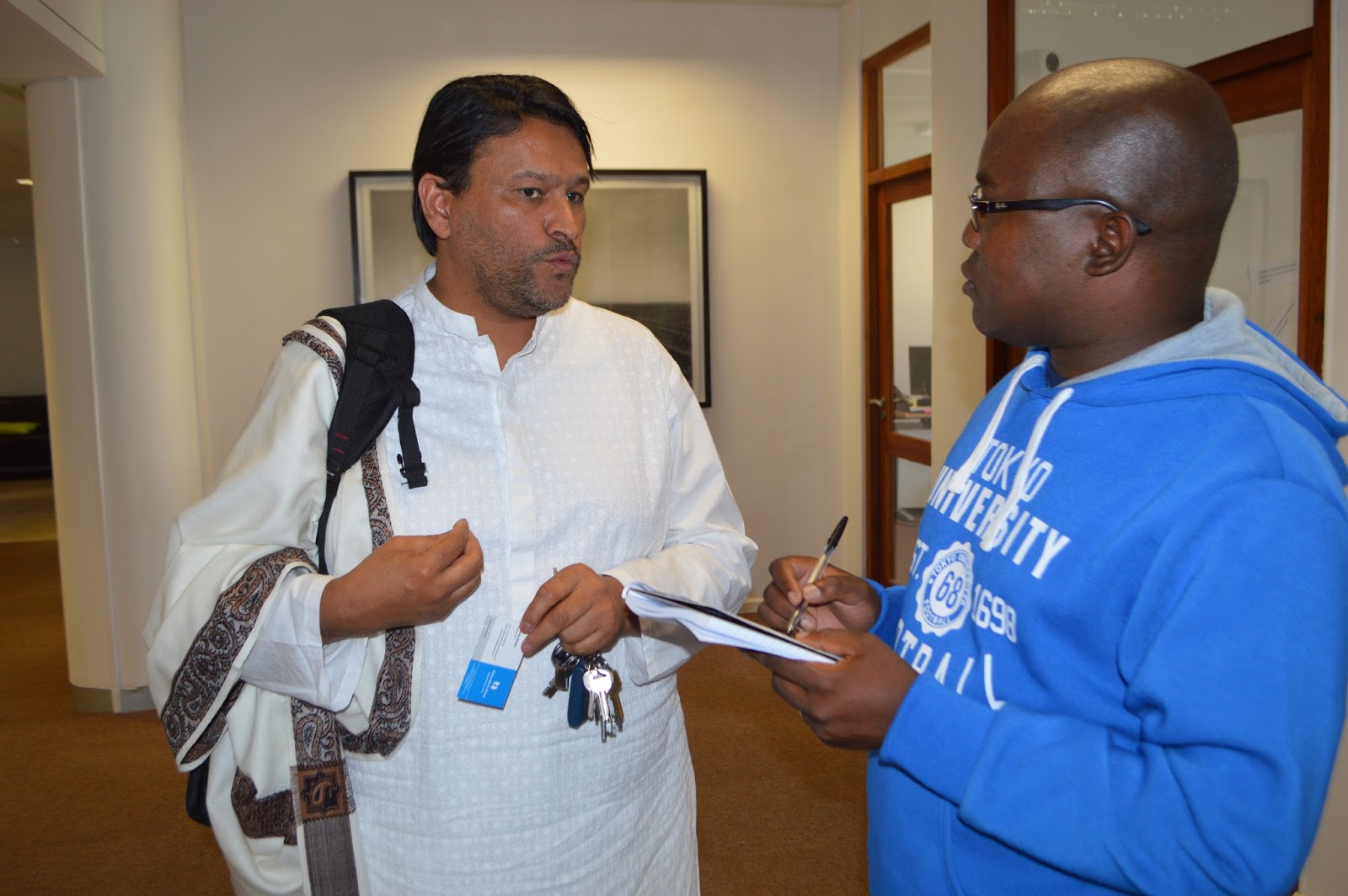 He is a man who was married to a woman and had three children but divorced her and later married a Hindu man. Imam Muhsin Hendricks is the world’s first Islamic Cleric to come out in the open that he is gay.

He is a well trained Islamic cleric who studied classical Arabic and Islamic Sciences at Jamia-Dirasat Al-Islamiyyah (University of Islamic Studies) in the Pakistani city of Karachi between 1990 and 1994.

Imam Hendricks was born 49 years ago born in Landsdown, Cape Town in South Africa. In a wide ranging interview he recently gave me and fellow journalists in Cape Town, the cleric says he started noticing traits of homosexuality in his life at the age of five.

“At five, I started playing with toys for girls. And in my teenage years, I found myself loving men. My father never spoke about my sexuality and that gave me some peace,” said the Imam.

He claims that when he completed his clerical studies, he was forced to marry a woman.

“They forced me to marry a woman because there is a belief that an Imam cannot be without a woman. The same woman was very much in love with me.”

However, that marriage did not last. In six years, the couple had three children and they later divorced.

After the divorce, the cleric says his children suffered as they faced discrimination based on his sexuality. His two daughters have since been married and he says he has a good relationship with them.

Soon after the divorce, Imam Hendricks says he went into prayer and fasting to find a way of surviving within Islam. He dated a Hindu man for five years before they got married. The couple has now been married for five years.

“My ex-wife and I have since moved on. I have married a Hindu man and I know I again broke the rule. We have since adopted two children. My former wife has married another man and they have two children,” he said while laughing.

Imam Hendricks says after years of reflection and research, in 1998 he decided to come out and openly declared his sexuality which made front pages of South African tabloids.

He became the world’s first Islamic cleric to openly declare he was gay and since then, a few other Islamic leaders in France, the USA, Canada and Australia have followed suit.

In 2004, the Imam went further to form The Inner Circle, a non-governmental organisation which is championing the rights of homosexuals in the Islamic world.

“The organisation offers a lot of help to homosexuals in Islam. We plan to start training our own Imams who will not be preaching against homosexuality. We currently have 18 trainers in several countries were we support other gay muslims.”

The organisation also creates what they call safe spaces for Islamic homosexuals where they can feel free to live and strengthen the Lesbian, Gay, Bisexual and Transgender (LGBT) community.

Within Cape Town, the Imam runs his own mosque where gays worship from and women are allowed to also say their prayers inside the mosque, in contrast with mainstream Islam were women don’t enter the building.

“Women do not cover their face when coming to our mosque. Both queers and straight people come for Friday prayers.”

Since 2011, Imam Hendricks has been conducting same sex marriages for muslims and people of other faiths in his mosque.

Since becoming openly gay, the Imam’s activism has also taken him to the mainstream media. Recently, he released a documentary titled “A Jihad for Love” which was received with huge opposition and the Muslim Judicial Council of South Africa even issued a fatwa against him.

A fatwa is an instruction issued by an Islamic authority on an issue seen to be against Islam. In some countries, fatwas have led to followers issuing threats, causing violence and even killing people named in the fatwas.

However, the fatwa against Imam Hendricks was not acted upon and he is still safe, travelling around the country and the world, spreading his version of Islam which embraces homosexuality.

This week he was scheduled to appear on a radio station in Durban to spread his activism. But local muslim leaders blocked the program on account that he was no longer a muslim.

With 20 years of fighting for homosexuals within Islam, Imam Hendricks says he is not in conflict with his religion.

“Am in conflict with tradition and not Islam. I work with some Imams who are progressive in thinking. Islam does not say homosexuality is wrong, it is silent.”

In a 30 minutes powerpoint presentation he made to journalists in Cape Town on,  the Imam quoted various scholarly works showing some Islamic leaders and poets who he claims were gay.

One of those highlighted was Abu Nawas whom he says praised teenage boys in some of his poetry. He also showed a photo of gay men holding hands at an Islamic gathering which he says was drawn in 1798.

Asked why there are no known lesbians in Islam, the cleric said Islam is patriarchal and not much is said about women.

“The Quran says women must sit at the back not to distract men as they kneel to worship. Maybe this was done so that men do not look at women’s buts,” he said.

His organisation The Inner Circle is funded by among others, Oxfam South Africa and the Open Society Foundation.

Since he embarked on his crusade for Islam to embrace homosexuality, Imam Hendricks says he has no plans to make the annual pilgrimage to Mecca which he did before he became openly gay.