Home » Freedom of Expression » On opinions, and how the world needs editors

On opinions, and how the world needs editors 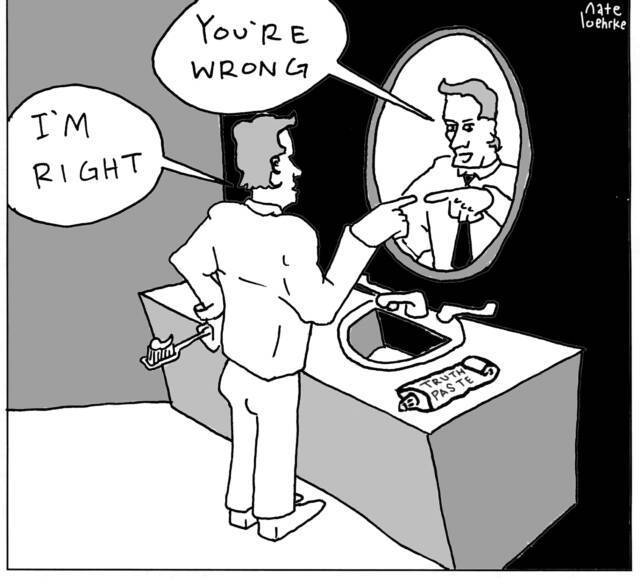 The reading material for my “Evidence-based Management” course at the University of Cape Town contains an early draft of what ended up becoming chapter 1 of Critical Thinking, Science and Pseudoscience.

In the book, Dr. Caleb Lack and I argue that phrases like “everybody is entitled to their opinions” are typically trite or misleading.

They can be meaningless, in the sense that of course it’s true that everyone is legally entitled to hold whatever opinions they like.

This doesn’t seem to be what we mean when using the phrase, though – we typically say: “well, you’re entitled to your opinion” precisely when an opinion has been expressed, where we disagree with the expressed opinion, and where we express that disagreement by using the phrase in question.

One motivation for this would seem to be civility. Instead of a truthful (and also more productive, if we care for holding true opinions) response of some version of “you’re wrong. This is what you should believe, and why”, we retreat to something which sounds quite like relativism.

The more uncivil (if it is that) response allows for argument, and for the correction of errors. The tactful response is a close step away from thinking that “all opinions are equal”, or at least that we’re not entitled to judge the opinions of others.

In 2011, Neal Gabler wrote that we are living in a post-idea world, in which “there is the eclipse of the public intellectual in the general media by the pundit who substitutes outrageousness for thoughtfulness”.

Outrageousness does capture our attention, and helps to solidify our tribal allegiances, whether they take the form of being a Bernie-bro or a Banter. But what it doesn’t do – whether it is outrageousness or its lesser cousins, exaggeration or simple thoughtlessness – is triangulate on the truth.

Triangulating on the truth requires accepting that opinions can be poorly justified, and that they can be ranked along a scale of more or less likely to be wrong.

One reason why people are fearful or reluctant to accept that opinions can be wrong – or very likely to be wrong – is that we’ve ended up with a social consensus that holds our worth as people to partly be determined by how others value our opinions.

I do think that there’s a point where an agent might have so many poor opinions that it reflects on their character more generally, but in most cases, it seems entirely typical and non-problematic for humans to have some poor opinions.

Furthermore, telling someone that they have a mistaken opinion (and crucially, explaining why), seems to be a greater expression of respect than keeping quiet about it, as it recognises their (and your) commitment to weeding out the errors, in order to get closer to the truth.

Leaving a conversation strongly believing that someone holds a profoundly mistaken idea seems most disrespectful of all, if we grant that opinions and their worth can be separated from the overall worth of a person.

Making the separation is sometimes difficult, firstly because of ego (who likes to be wrong?), and second because of the tone of much debate and argument these days, especially on social media. It’s adversarial instead of productively argumentative, where the latter might involve something like following Rapoport’s Rules.

Instead, though, we find ourselves in the odd situation where some of us desperately avoid any judgment on the opinions of others. Recently, I’ve had students in the course discussion forums defending the “entitled to opinions” thesis to the extent of saying “yes, this even applies to racists and sexists”, rather than saying “in the range of opinions, those are some of the crappier ones to hold”.

We’re not going to improve as much as we could, as a species, if we don’t admit that we’re often wrong. And admitting that requires help from others, in that we need to be told when we’re wrong.

This is why my title includes a reminder of our need for editorial oversight. There are experts in every field, and the expert is usually not going to be us. Bloggers and loud voices on Twitter cannot substitute for that expertise, or for the careful reflection on our ideas and arguments that are fundamental to intellectual life.

Or at least, they shouldn’t be allowed to do so.