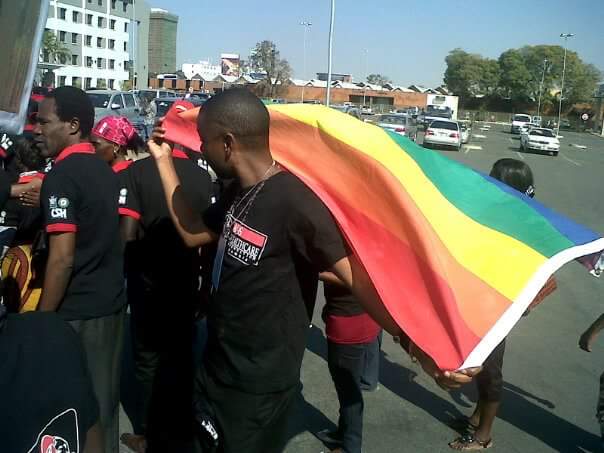 A consortium of Zambian civil society organizations championing the rights of lesbian, gay, bisexual, transgender (LGBT) people has embarked on a campaign to advance their rights in the soon-to-be launched 2016 – 2019 Zambia National AIDS Strategic Framework.

According to the consortium’s submission to Zambia’s National AIDS Council, the group wants the new framework to openly recognize their plight and to channel funds towards the fight against AIDS in the LGBT community.

The confidential submission, leaked by an activist who helped draft it, details names and explanations of LGBT-relevant terminology the consortium hopes will be included in the forthcoming framework. It also notes that use of the phrase “key population” to refer to the LGBT community in the 2014 – 2016 National AIDS Strategic Framework has not helped reduce the stigma and challenges facing the community.

According to the Zambia Population-based HIV Impact survey released in December 2016 by the Ministry of Health and the U.S. Embassy in Lusaka, 12.3 percent of people living in Zambia are HIV-positive.

There are no official statistics on the prevalence of HIV among Zambia’s LGBT community due to sensitivity surrounding issues of sexual orientation, much of which stems from conservative beliefs in the country.

Under Zambia’s Penal Code, any person who has “carnal knowledge of any person against the order of nature,” a vague definition that includes homosexuality, can be jailed for 14 years.

Natasha, whose name has been changed to protect her identity, is an activist with Friends of Rainka, an NGO that campaigns for LGBT rights in Zambia. She says the consortium submitted its recommendations because LGBT people need support and recognition from the Zambian government to ensure the protection of their equal rights.

“We are aware that last year, the Global Fund (a partnership organization that works to accelerate the end of AIDS) gave the Zambian government US$2 million to help the LGBT community fight HIV, and we are waiting for the way forward,” she said.

The National AIDS Council has not responded to requests for comment on why the money has yet to be spent on the community for which it was intended.

“We know that the money is in the hands of government, and we cannot demand a share. However, what we want is money to be channelled towards sensitization activities in the LGBT community and increasing access to health in the community,” said Natasha.

The National AIDS Council is currently holding a series of meetings with activists to devise a plan for how the Global Fund allocation will be disbursed and utilized.

Both activists and the council are tight-lipped on what they expect these meetings to achieve, but whatever comes of them will likely be key in mapping approaches to HIV prevention among the LGBT community going forward.

Various interest groups are submitting what they want included in the forthcoming framework. In the current framework, which expires this year, key populations include the LGBT community, sex workers, migrant laborers and children on the streets. The document refers to LGBT in its high-risk class but does not spell out what interventions can be done to fight AIDS in the community.

Zambia’s most prominent gay activist Lundu Mazoka says a holistic approach is needed. He cites culture and religion as two factors that propel ignorance and apathy towards the LGBT community.

During the run-up to the 2011 general elections, Zambia’s three church mother bodies the Council of Churches in Zambia, the Evangelical Fellowship of Zambia and the Zambia Episcopal Conference issued a joint statement condemning homosexuality and asking voters not to support anyone who was suspected of supporting the LGBT community.

Since then, many churches have been vocal in their opposition to equal rights for LGBT people, and in January 2016, Zambia’s President assented to a constitutional amendment that once again declared Zambia as a Christian nation. Lusaka-based evangelical preacher Moses Lungu says homosexuality is wrong because marriage is between a man and a woman in the Bible.

“From the Old Testament to the New Testament, marriage has always between a man and a woman. Leviticus calls [homosexuality] an abomination. In this country we shouldn’t allow what the Bible doesn’t allow,” Lungu said.

In 2013, a local Pentecostal musician whose stage name is Kings released a song called “Wake up Zambia” in which he calls on Christians to resist what he terms donor-driven homosexuality.

On the cultural side, many Zambian see homosexuality as taboo. Hundreds of the country’s traditional chiefs outlaw same-sex sexual relations in their chiefdoms. Chiefs are very influential in social and political lives, and their subjects widely respect their authority.

In the past four years, three people have been brutally arrested and taken to court on suspicion of promoting or practicing homosexuality. The cases have all ended in acquittals due to lack of evidence.

Despite laws prohibiting homosexuality in Zambia, other laws allow universal access to health services for all citizens irrespective of sexual orientation or gender identity.