Chinese Companies And The Abuse Of Zambian Workers 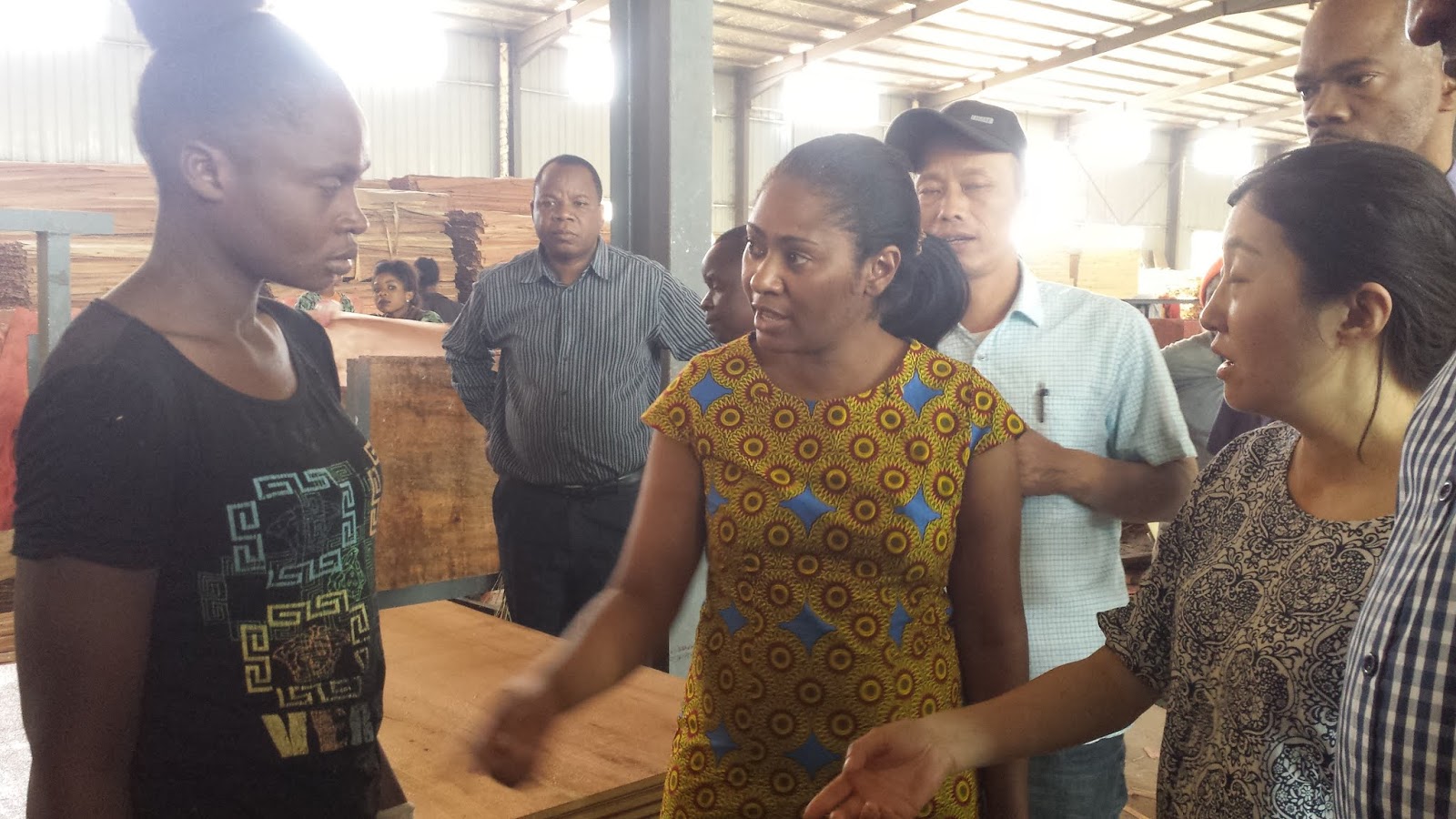 At the time when the talk in the country is on the debt the Zambian government owes China, something more serious about the Chinese is being ignored: hundreds of Chinese companies operating in the country are paying their workers meagre salaries and conditions of service are very worrying. Workers in factories are not provided with safety attire.

Surprisingly, these issues are rarely in the news. This week, I accompanied Kalulushi District Commissioner Kenny Siachisumo and Kalulushi Mayor Rashida Mulenga who stormed Zhengbang Deheng Investment, a Chinese furniture company which keeps its 70 Zambian workers in slave like conditions. The visit caught the Chinese owners unawares.

The factory, which is located along Sabina road, is barricaded by high walls and people outside cannot see the atrocities happening inside. What we found was shocking, workers handling raw timber with bare hands. They wore torn shorts, no safety boots, no work-suits. One of the workers told that it has been a year since they last received safe gear for their work.

At the far end of the factory is a machine which mixes chemicals which they later apply on the planks. The chemical whose name is not know, chocks the workers daily “I have worked here for three years and this chemical chocks us daily. Even tears come out, its too strong,” said one of the female workers.

Asked if they are given milk to try and neutralise the chemical, the lady said the Chinese supervisors do not respond to requests for milk and advise them to buy their own from their meagre salaries.

The 70 Zambian workers share pit latrines which are filthy, they are not stocked with toilet paper or any chemical to distill them.

“According to the Public Health Act, this situation warrants the closure of your company. Only 12 people are allowed to share a single toilet, but what you have here is wrong,” warned Christopher Mtonga, the Chief Health Inspector from the Kalulushi Municipal Council.

Mr Mtonga has since given the company 21 days to build a new ablution block which must have a provision for changing rooms where workers can change from work suits to normal clothes after working. He has given them 24 hours to provide the workers with safety gear, failing which the company will be closed.

But the Zhengbang Deheng Investments Manager Wei Le hesitated to commit to building an ablution block in 21 days. Instead she threatened that if the Council insists on a new ablution block, she may close the company.

A check at the toilets used by the six Chinese supervisors revealed flushable toilets with clean running water which is in contrast with the filthy pit latrines for the 70 workers. The toilets are fitted with lights, as opposed to the pit latrines which are darkened due to lack of lights.

In terms of salaries, workers at the company make K25 ($2.5) per day and they get as low as K438 ($43) as salary per month. According to a pay sheet which the manager availed to the inspectors, most workers are paid between K400 and K700 per month. The company does not have human resource manager to manage the work force and resolve their problems. Kalulushi District Commissionner Kenny Siachisumo has since demanded that the company employs human resource manager.

Despite all these challenges, Zhengbang Deheng Investment has all updated permits from the Zambia Environmental Management Agency, the Kalulushi Municipal Council and elsewhere.

Zhengdang Deheng Investments is not the only Chinese company where Zambian workers are abused. Two weeks ago, a 42 year old Chinese national shot a female employee in a shop managed by the Chinese in Kitwe’s Chimwemwe Township. Gaoen Ming appeared in the Kitwe Magistrates Court on Monday and pleaded not guilty to unlawful wounding 17 year old Rhoda Mumba.

The case has been adjourned to next week Monday when trial will commence. The shooting led to riots in Chimwemwe Township after rumours went round alleging that the victim had died. This incident prompted authorities in the mining town to have a consultative meeting with the Chinese community over their business practices.

The meeting resolved that all Chinese retail shops in townships must be closed immediately and be moved to the Central business district. The move is aimed at ensuring that Zambians who run small shops are not disadvantaged. “The Chinese are investors so they should not be competing with our people in the compounds,” said Kitwe Mayor Christopher Kangombe.

In the eastern Zambian town of Chipata, another Chinese national who owns a restaurant was arrested on Wednesday for shooting one of his workers. Police are yet to avail him in court to answer for his actions.

These are just a few cases of the many cases of abuse of workers by Chinese nationals in Zambia.