Home » Media & Journalism » Gorée Island: From Slavery To The Promotion Of Reconciliation

Gorée Island: From Slavery To The Promotion Of Reconciliation 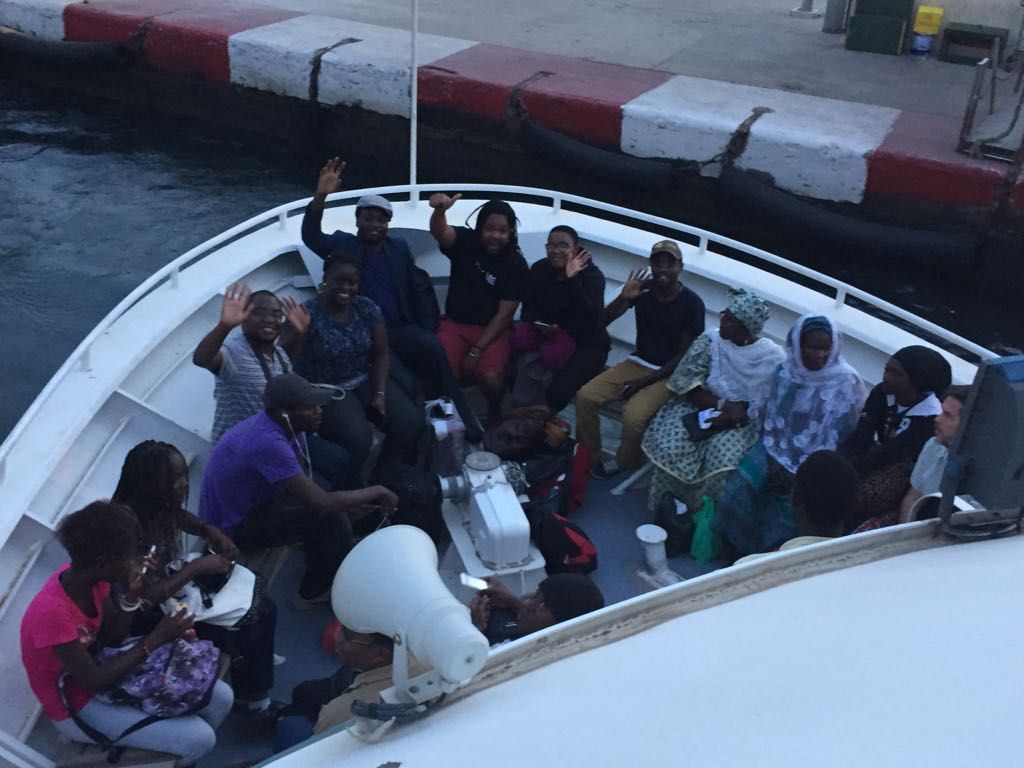 It is a famous, or is it infamous, island which is well known for slavery, death, human suffering, sexual exploitation and inhuman behaviour. Gorée Island in Senegal is one of three centres where the African Slave Trade thrived.

According to historical records, the tiny island, which is off the the coast of Dakar, was responsible for up to 20 million slaves who made their way to the Americas from the 1400s until slavery was abolished in the 1800s.

Six million of those who passed through the island did not make it to the Americas, they died of starvation, disease and others were through overboard. But why was Gorée chosen as the headquarters of the trans Atlantic Slave Trade?

“The island is at the western tip of Africa and it is positioned directly with the United States. Also, the island was surrounded by sharks, so slaves could not escape once they were brought to the slave houses,” said Mamadou Sall, a tour guide who has spent the last two decades showing tourists the historical areas of the island.

Mr Sall. who shares the same surname with the Senegalese President Macky Sall,took a dozen bloggers from across the Africa on a tour of historical sites across the island.

The bloggers from 13 Anglophone and Francophone countries were attending their annual two day #AfricaBlogging conference on the island under the auspices of the Johannesburg-based KAS Media Africa, a German non governmental organisation.

The island had 28 slave houses which housed thousands of slaves at any given time. A visit to the only surviving slave house shows how cruel the treatment of the slaves was. In a small room with little ventilation, 300 slaves would be held for up to three months as they waited for ships to arrive from America.

“There were occasional outbreak of diseases on this island. People used to die. Even on their way to America, some people would throw themselves in the ocean while others would actually be thrown by slave owners,” said Alione Kabo, a government conservation curator who is based on Gorée island.

In those years, the Slave Trade was conducted through batter system. Slaved were bought using different kinds of goods depending on their body size and stamina. According to historians, the most expensive slaves were the Yoruba speaking people of Nigeria who were said to have been very energetic and strong in working in the cotton fields. Slave traders would buy the whole family including parents and children.

“Sometimes, a whole family would be brought here on the island. They would be separated in the slave houses. When time to be shipped comes, the father would go to America, the mother to Brazil and the child to the Caribbean islands,” added Mr Kabo.

According to Mr Kabo, there was an unwritten rule that slave owners had a right to have sex with small girls and once they got pregnant, they would earn their freedom back to the continent of Africa.

Despite its portrayal as a white man’s activity, the African Slave Trade was actually done with the consent of African chiefs. Some of these chiefs benefited a lot by selling their own subjects.

And today, every visitor to Gorée island does not miss the opportunity to visit what is commonly known as ‘The Place of no return.’ Of the 28 slave houses on the island, only one remains in its original design and one famous door remains intact to teach the current generation of the past activities.

One door, which is still open today is believed to have been where millions of slaves passed to board ships to America. Mr Kabo disclosed:

“In this door, any slave who passed through would never return to Africa. it was a gate way to slavery in America. Behind this door, ships docked to load hundreds of slaves at a go. We had sharks swimming around this area because some slaves used to risk swimming away.”

In 1992, Pope John Paul stood at ‘The Door of no Return’ and apologized for the role Catholic Missionaries played in the slave trade. He also worshiped in one of the former slave houses which has now been transformed into a Catholic Church.

And in 2013, then United States President Barack Obama visited the island and gave an emotional speech encouraging the protection of human rights. Since the 1444, Gorée island has been ruled by the Portuguese, the Dutch, the French, the British and finally by the French again,

A huge canon with two huge barrels is a reminder of the battles of control fought by the European powers on the island. Being an island, Gorée depends on fish for its survival.

Art is also another big business and a major tourist attraction. Wherever you go, you will find artifacts, paintings and all kinds of art. The abundance of sand makes the work for artists easier as they are able to mould or paint anything and sale to the millions of tourists who visit the island annually.

This industry has been in existence for hundreds of years. Today, Gorée island is a thriving community of 1, 200 residents 80 percent of whom are Muslims and the remainder being Christians.

“In Senegal, Christians and Muslims mingle easily. Here on Goree island, the majority of residents are muslims but interestingly, the Mayor is a Christian and he is a prominent lawyer,” said Fanta Diallo, a Senegalese blogger who is also an elected ward Councillor in the capital Dakar.

Despite its dark past, Gorée has moved on and its residents live normal lives. To preserve its past and promote reconciliation, stakeholders have formed the Gorée Institute Center for Democracy, Development and Culture in Africa.

The institute engages various sectors of society and offers courses on democracy and how communities can co-exist.

“The Goree Institute does a lot of things. One of them is the promotion of democracy and reconciliation on the continent of Africa. Despite the history of slavery, we are using Goree as an example for reconcilition. We want to also promote democratic values,” said Goree Institute Executive Director Doudou Dia.

As a way of putting the past behind, most slave houses have been transformed into different institutions. For example, the island’s only Medical School is a former slave house where thousands of slaves used to be held.

Every year, descendants of freed slaves from the Caribbean islands come to Gorée to commemorate their liberation from slavery at this monument. A  statue has been erected where this event is usually held.

However, one would wonder why everywhere you focus your eyes on, everyone is walking. Senegalese authorities have declared the island a ‘No car area’ in order to preserve its historical places and due to its small size. But you can occasionally see donkeys pulling carts.

In the northern part of the island is a female secondary school which was closed during our visit. The school hosts some of the best 200 female pupils who are selected across Senegal and most of them proceed to prestigious universities such as Oxford and Havard.

Access to the island is provided by a boat which ferries people from the city of Dakar to Gorée and vice versa. The ferry is run under a Public Private Partnership and it moves between the island and Dakar for over six times a day.

As we left Gorée island, I was reminded how fragile human life can be when those in authority do not respect the rights of those they lead. For centuries to come, Gorée island will continue being a symbol of death, sexual exploitation and cruelty against humanity. But for those who seek peace and progress, Gorée will also be a place where forgiveness and reconciliation can be found.