How Africa Tweets – a look at East Africa 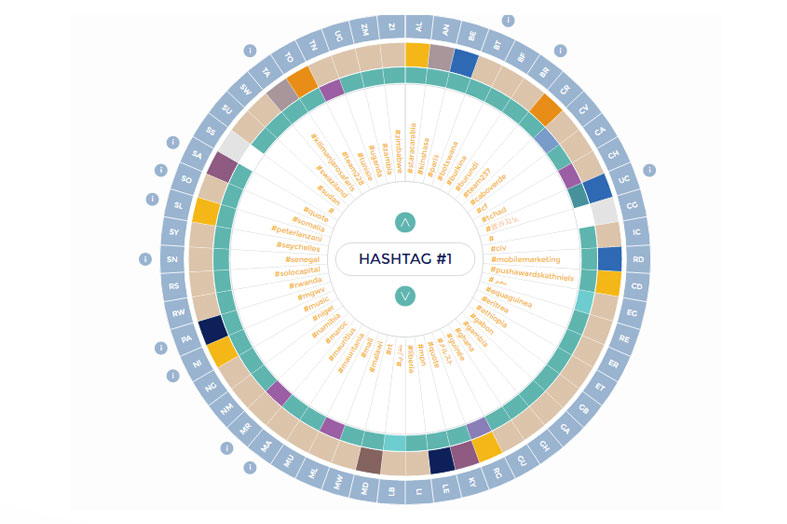 In the just concluded Ugandan elections– there was so much online activity, especially on Twitter. Hashtags were used by the top 3 presidential candidates daily to put across their message to the online publics. Just before December 2015, I remember that over 1500 tweets were sent out with the hashtag #UgandaDecides every two days. This momentum was sustained up until Election Day. Even with the Social media blackout a significant amount of tweets were sent out via VPNs.

This morning – Portland Communications launched the 2015 Report on how Africa Tweets. Twitter  has become ‘that thing’ on the African Continent – especially while being used for Political Debate. Analysis by Portland found that almost 1 in 10 of the most popular African hashtags in 2015 related to political issues and politicians, compared to 2 per cent of hashtags in the US and UK. The top political hashtag in Africa was focused on the highest profile election on the continent last year – #NigeriaDecides. The famous #Iwili from BurkinaFaso is the second most tweeted hashtag in the country.

According to Portland: Uganda’s Top 5 Hashtags are as follows:

Some of these hashtags I don’t even remember. But yes, Data does not lie.

With Tanzania, I was greatly disappointed because I thought Magufuli would take the day. But #WhatwouldMagufuliDo did not feature in the Top 10. But also, maybe because it was a continental hashtag.

Kenya got to host President of the USA – Barack Obama and during that time #SomeOneTellCNN happened. The hashtag comes in at number 7!

Rwanda is known to be so tech savvy and I am glad to see some familiar hashtags making the top 10. #Kwibuka21 comes in at number 7, #transformafrica2015 is at number 8 and #umushyikirano2015 at 9

Burundi has had a tumultuous time with social media being switched off during the conflict – but they have been tweeting :

The Report is available here. All African Countries are represented apart from South Sudan and Democratic Republic of Congo – where it was hard to collect any information.

Some key findings of How Africa Tweets 2015: