Regional perspectives: How music has influenced the liberation movement in Africa. 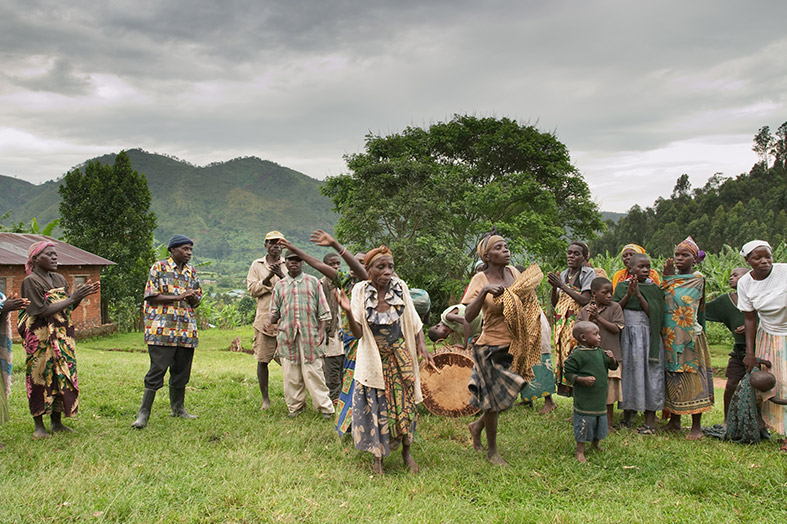 Have you ever wondered what role music has to play in the struggle for the democratization of Africa or any given society for that matter?

On my recent trip to Johannesburg, South Africa I found out that impact of music in our struggles is sort of similar from the Harlem streets in New York to Soweto in South Africa.

With two colleagues from Tanzania, we had arranged for a little trip to Soweto during our free time on the sidelines of the Power Reporting Conference at Wits University. We met a Zimbabwean taxi guy who had offered to be our tour guide around Soweto for only R500.

Ignatius has been living in South Africa since the late 70s. He first lived in Soweto with his relatives before moving closer to Johannesburg when he got a job in Sandton – one of the Suburbs around Johannesburg.

When I got into the taxi the first thing I heard was a very familiar sound – music from D. O Misiani and Shirati Jazz Band was oozing off his stereo.

The late D.O Misiani was a musician from Shirati area of Tanzania but lived in Kenya and sang songs in Luo – one of the languages widely spoken in Western Kenya.

Most of his music had political connotations which made him very popular among Luo politicians and their followers. On this day “kisero pek chalo kidi” is what our friend was playing.

Ignatius tells us that he has a lot of East African music in his car and as we drive to and from Soweto we confirm as he shuffles from one popular East African artist to another.

“During the struggle for liberalization of Zimbabwe, many of the guerilla fighters escaped to East Africa for training,” he explains.

“When they came back they brought with them a lot of records from East Africa and played them in the village to entertain themselves when they were not in the bush,” he adds.

Ignatius was born in 1975 but he had older brothers who were liberation fighters and he says they left him a lot of music each time they came to the village.

The music reminds them of their struggles because the colonial government had banned Zimbabwean music from the likes of Oliver Mutukudzi. To them the fact that East Africans could play their own music was motivation of some sort to continue with their struggle for independence.

Today he has collected more music than was handed over to him from his travels to Nairobi with the International Redcross Society where he at times volunteers. As we drive through the streets and music flips from one East African hit to another, Ignatius is on a journey of his own – a journey back in history to the days of Colonial Africa.

This journey has more meaning especially today as we drive to and from Soweto where the present day Johannesburg was born – from the struggles of black men and women who came here to work in the mines and industries in town and the rise of the liberation movement immortalized by Nelson Mandela who today we are visiting the house he lived in at 8115, Vilakzi Street, West Orlando in Soweto.

Music though did not just have this impact in Southern Africa. In Kenya for instance where most of the music Ignatius is playing on our little journey comes from, music played a key role in the second liberation of Kenya from President Moi’s dictatorship.

Unbowogable (a corrupted Luo word which is loosely translated as fearless) by Gidigidi Majimaji united Kenyans around the idea that it was not impossible to dethrone Moi and his KANU government. Moi and by extension KANU had been in power for 24 years and the defeat of Uhuru Kenyatta who was then a KANU candidate was sort of a liberation for Kenya after years of institutionalized corruption and pillage of public resources.

Today across the border in Uganda, the country is in an election mode. Popular musician Jose Chameleon has just released a song Beene also known as Kabaka in which he openly praises President Yoweri Museveni. Museveni is one of the longest serving African Presidents having been in power for over 21 years.

The liberation movement led by Dr. Kiza Besigye is strife in Uganda but his supporters are not happy that the top musicians are not supporting their movement.

“Your talent becomes worthy the day the public invests it’s trust in you. The moment you abuse that public trust you will regret having discovered it (your talent) and revealed it to them,” says Shawn Mubiru, a politics activists from Uganda in a Facebook post.

Juliana Kanyomozi, another big musician from Uganda has also been criticized for her support for Museveni. Her critics hit hard at a time in which she was contesting in the #CokeStudioAfrica music competition sponsored by Coca-Cola by threatening to vote for her competition.

“….tukoye..u even sang like an idiot in the tubonge song..tomanyi nakuyimba.. let sevo vote u,” read a comment from Gifted John on facebook in response to an appeal from her for votes from her Ugandan fans.

“Sevo (referring to Museveni) will vote for you,” read another comment.

“I wish there was a negative vote that will negate another positive vote. I would go for negative vote. You don’t care about your country Uganda. I wonder why you sang “Oh Uganda,” said yet another comment.

There were a couple of comments from fans who also felt that it was within their democratic rights to support Museveni.

One thing is clear though, the role that music is playing in the political arena and the political stands musicians take cannot be overlooked.