How “fake news” is slowing the fight against Covid-19 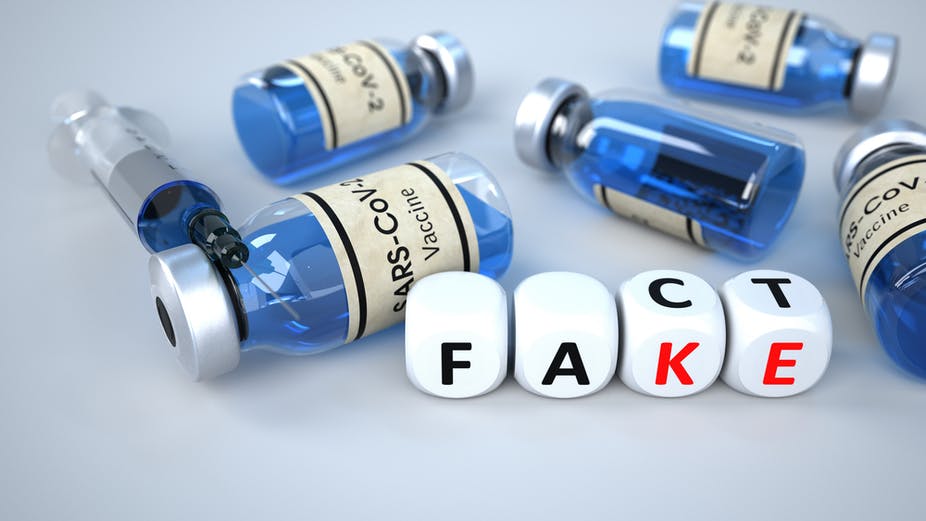 The deadly and hidden spread of Covid-19 misinformation on social media has hampered governments’ response to the pandemic across the world. Platforms like Facebook and WhatsApp have been extensively used to spread falsehood which ranges from conspiracy theories to inaccurate information about prevention methods and cures.

The World Health Organization (WHO) expressed concern about a global misinformation “infodemic” in February 2020, recognizing that the COVID-19 pandemic would be fought both on the ground and on social media.

To understand the real impact of fake news during this pandemic, we need to first understand how it works.

The Netflix Documentary “The Great Hack” showed us how Facebook data was used to target potential voters with insidious right-wing propaganda packaged as if it were news. Fake news works by grabbing our attention and then highjacking our learning and memory circuitry. This goes a long way in explaining its success. But its strongest selling point is its ability to appeal to our emotions.

A study published by the ‘Proceedings of the National Academy of Sciences of The United States of America’ says that when making decisions “we rely on our ability to place information into an emotional frame of reference that combines facts with feelings. Our positive or negative feelings about people, things and ideas arise much more rapidly than our conscious thoughts, long before we’re aware of them. This processing operates with exposures to emotional content as short as 1/250th of a second, “an interval so brief that there is no recognition or recall of the stimulus.”

Misinformation about the virus has been used to create fear and mistrust between countries and even to portray others as evil. While this plays into the space of global political competition, these falsehoods have made it difficult for governments to effectively implement containment measures like promoting good hygiene practices, enforcing ‘mask protocols’, social distancing, curfews and lockdowns.

This has been specifically evident in cases where these measures contributed to a significant degree of interference with people’s day to day lives. When people are not able to access food, when faced with threats of loss of income, when they are not able to socialize without restrictions then it becomes easier for them to believe the misinformation doing rounds as it appeals more to their subjective convictions of the moment.

One of the misinformation that spread around the globe at the onset of the pandemic involved the peddling of “fake cures.” In Kenya, there were videos and texts doing rounds with claims that “gargling garlic with lemon or saltwater” cures Covid-19. This falsehood was so widespread even in Kenya that the price of lemons in March/April 2020 shot up almost three-fold.

The theory claimed that coronavirus cannot live in acidic environments, so drinking or gargling with lemon juice or lemon water is thought to kill it. The idea is that by consuming lemon, you’ll raise your body’s pH level, which the virus cannot survive in. But one study showed how well a virus, in particular, the coronavirus, can survive in outdoor environments. The study was based on pH levels. Lemon juice is just acidic fluid and the virus was shown to be viable down to a pH of three, which is right where lemon juice would be on the pH scale.

Some times these falsehoods are spread by very influential people. In March 2020, former Nairobi Governor Mike Sonko caused a global storm that even caught the eye of the American cable news network, CNN. The governor in trying to justify putting Hennessy bottles in “care packages” sensationally claimed that alcohol kills the virus – perhaps erroneously drawing from the use of alcohol-based hand sanitisers as part of the containment protocols.

CNN quoted the governor saying “I think from the research conducted by WHO and various organizations, it has been believed that alcohol plays a major role in killing the coronavirus.”

These claims were swiftly refuted by WHO.

Consuming alcohol will not destroy the virus, and its consumption is
likely to increase the health risks if a person becomes infected with the
virus. Alcohol (at a concentration of at least 60% by volume) works as a
disinfectant on your skin, but it has no such effect within your system
when ingested.

Former US President Donald Trump also played a key role in spreading misinformation about the effectiveness of Hydroxychloroquine in the treatment and prevention of Covid-19. The drug had extensively been used in the tropics for the cure of malaria and is currently part of the medications used in the treatment of lupus erythematosus and rheumatoid arthritis.

In an article published by AfricaBlogging (a continental platform for politics bloggers), Ruth Aine, a lupus survivor says the claims by Trump led to shortages of the drug for patients who really needed for the treatment of their chronic conditions.

Lupus patients already have a lot to deal with, the medication (Hydroxychloroquine) allows them to ‘live a little. Uganda’s main national hospital does not have a Rheumatology section. The one rheumatologist that we know who is Ugandan is more academic-focused that most of the patients in the Lupus Support Group have not been helped much by him. When one listens to most of their stories ( we had our first meet up last year) they are sad. Because Uganda’s health system barely recognizes them or even helps them. I am very very privileged that I get to see a Rheumatologist in Nairobi, Kenya. While in remission, I still have to be monitored…Because Uganda doesn’t have that many cases 175 at the moment – I want to believe that the Ministry of Health can support the patients that need it most. Lupus and Rheumatoid Arthritis patients in Uganda are feeling the impact of COVID-19 but not like everyone else, it is direr for them.

Not even technology has been spared when it comes to the spread of misinformation about Covid-19. The fact that Chinese companies like Huawei are leading the world in the roll-out of 5G and the first reporting of the virus being made in China has helped fan the theory that 5G networks cause (or spread the virus).

As the globe begins to roll out a vaccination campaign which is largely viewed as the biggest effort towards ending the pandemic, the uptake of the vaccines is also hampered by fake news.

Scientists are warning that anti-vaccination groups might dominate social media over the next decade and derail the global vaccination process if their claims are left unchallenged. An effective vaccine roll out will rely on high vaccine confidence, and viral misinformation can adversely affect that confidence, leading to low vaccine uptake.

A recent study published by psychology professors at the University of Cambridge found that higher belief in misinformation about the virus was consistently associated with a reduced willingness to get vaccinated. These findings were later reaffirmed in a subsequent study which found a significant relationship between disinformation campaigns and declining vaccination coverage.

In May 2020, while conducting interviews for a research paper I was writing for Konrad Adenauer Foundation’s Media Programme for Sub-Sahara Africa, I found vernacular and community radio stations across East Africa standing up to the challenge of misinformation around Covid-19.

Sky FM, a vernacular radio in Kisumu, Kenya had set up a fact-checking desk in collaboration with a fact-checking organization called “Pesa-check” to help shed light on the falsehoods that “were spreading like wildfire” and hampering government’s efforts to enforce containment measures in the town.

Jael Lieta, the Station’s Manager explained to me that one of the falsehoods they tackled was that “the virus cannot survive in warm places.” By using data available from platforms like the WHO website and other reputable news organizations, they gave examples of warmer countries that had recorded cases of the virus. Being a trusted voice and their ability to communicate to their listeners in languages they understand best not only helped relay information from health bodies but also played a role in changing community attitudes towards the virus.

As we have learnt from other outbreaks like the West African Ebola of 2014, scientific and clinical interventions in the fight against Covid-19 will have to be supplemented by clearly defined communications models that fight fake news and misinformation. This will probably include preventing people from falling for fake news in the first place as research has shown that corrections are highly unlikely to undo the damages already done by misinformation.